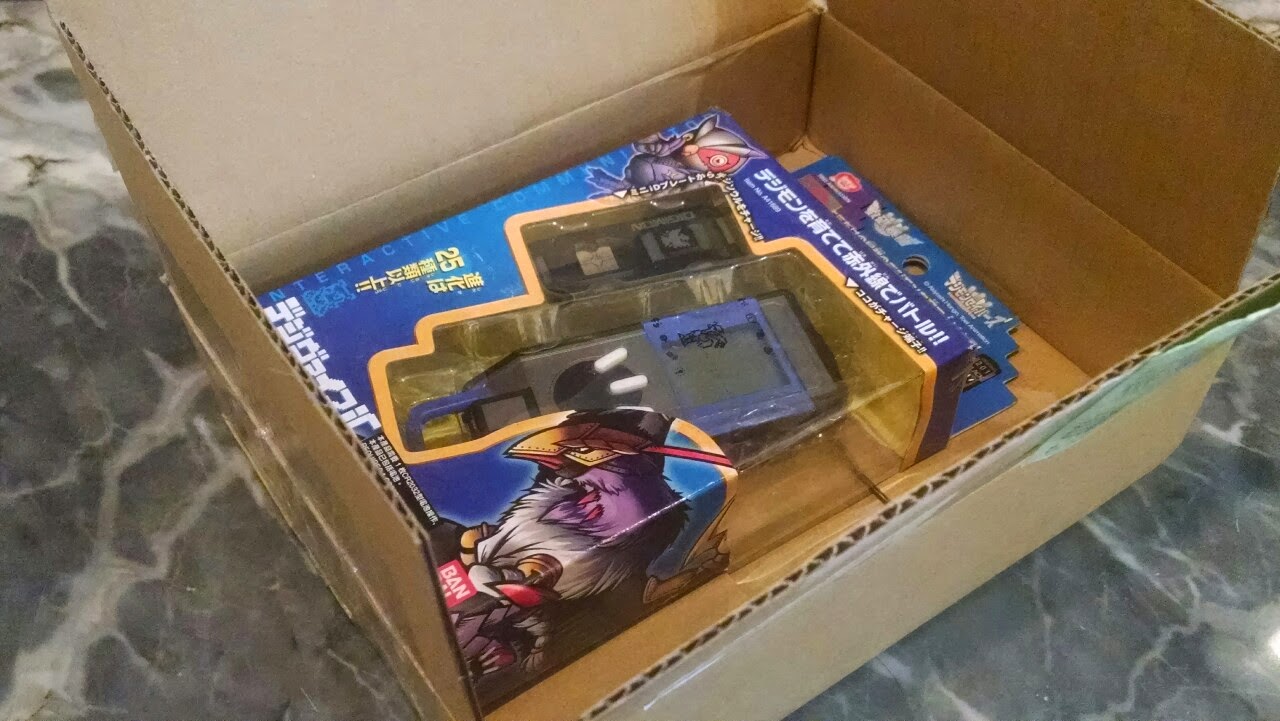 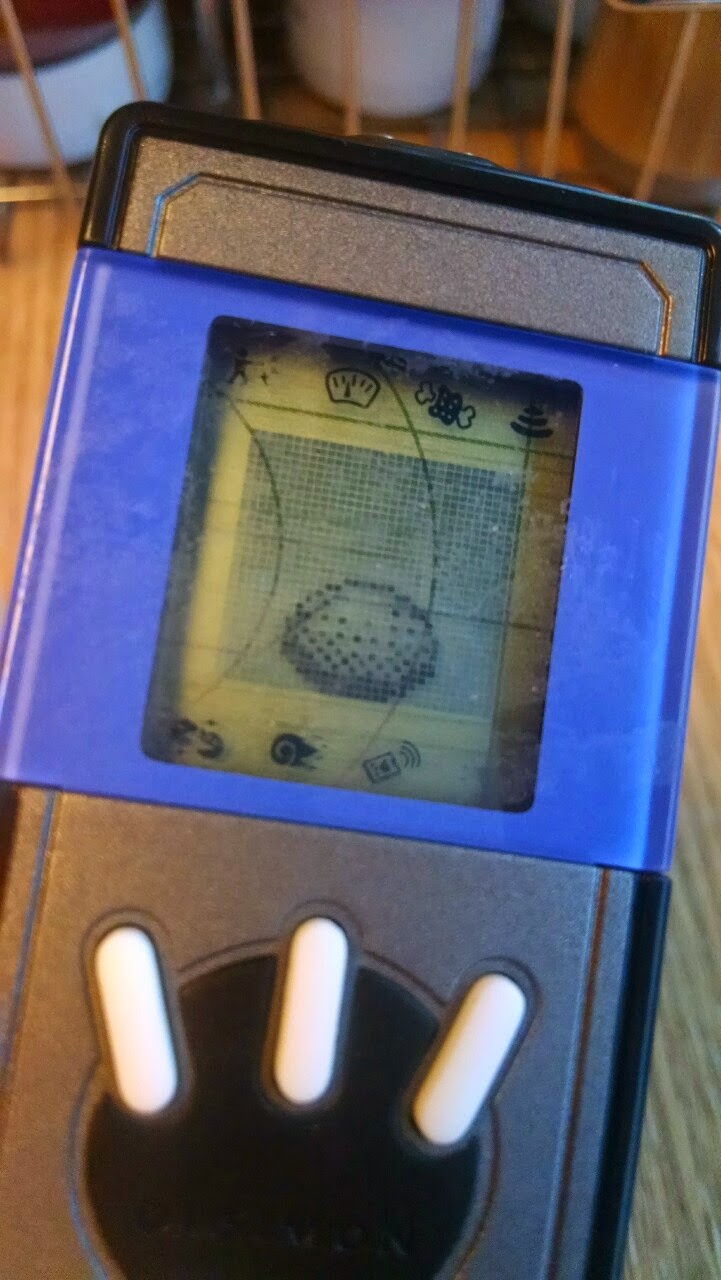 This arrived in the mail last night! I had always wanted a Digimon virtual pet. Not just a quest-based Digivice, but a real pet. I chose the iC based on a couple factors; its connectivity with a ton of different other devices, options for solo battling, the Digimon in it, and the price point. This is the iC 201 Black. It's a lot smaller than you'd imagine--nowhere near as big as in Savers--but also pretty portable because of that. I was considering the Neo as a quest-based alternative, but I really wanted a pet with divergent evolutions.

I hatched my Digimon at 7:20 PM today, in a Smash Burger. He's spent some time with his tab in, though. I didn't bring a cleaning cloth with me because I didn't realize what condition the screen was in after nine years in its packaging, but cleaned it later when we got home. 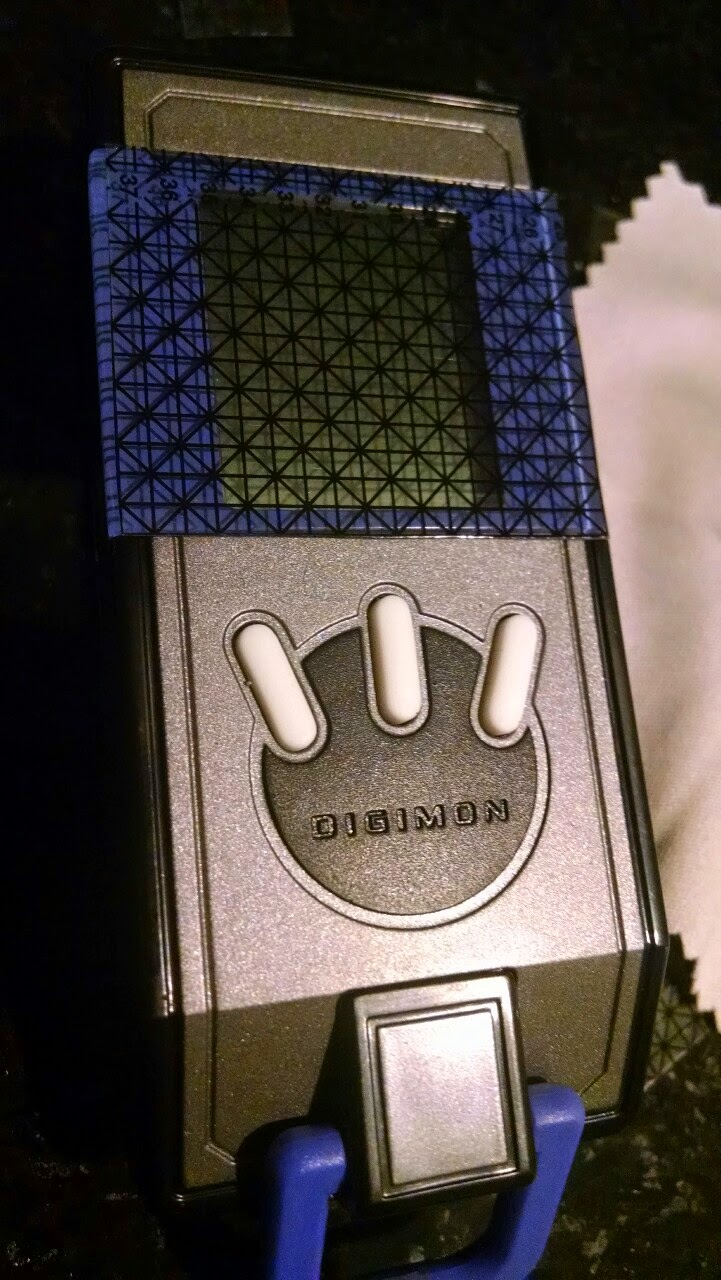 Also picked up a universal screen protector.  I...still need to iron out the air bubbles in it... 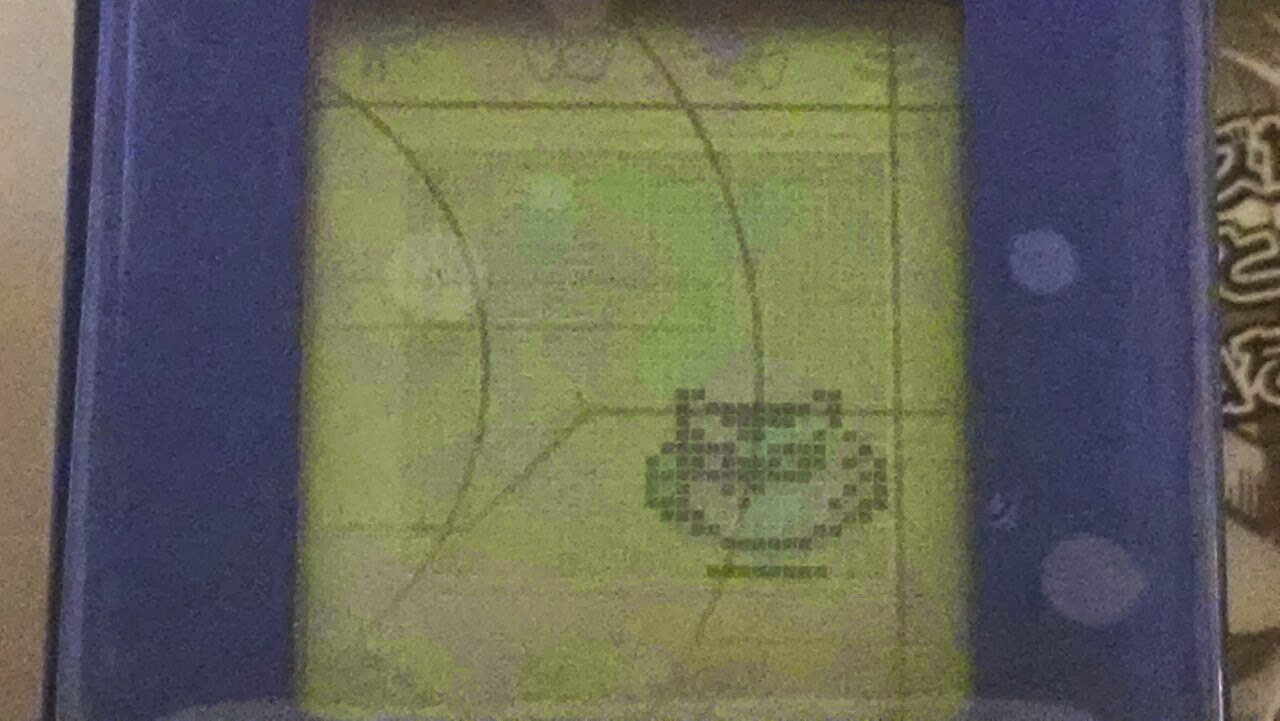 My Digitama hatched into this little guy, Puwamon! My Digisoul defaults to Bird when I charge my hands, probably because that's how I initially hatched his Digitama. I'll have to collect plates to get him different kinds of Digisoul. He evolved to Pinomon within a few hours, then went to bed for the night.

Next part of the Cyber Sleuth playthrough is halfway edited, things have gotten hectic since spring break ended. I want to get it out during my midday break tomorrow.
Posted by Touya at 7:49 PM