August 6th, 2015. Chinese gaming outlet TGBUS uploaded scans of this week's issue of Weekly Famitsu magazine, leaking new info on the upcoming Digimon World -next 0rder-. The issue contains a brief interview with Taiki, the game's character designer who has previously worked on the Seiken Densetsu series' Rise of Mana, Black ★Rock Shooter Arcana, and Lord of Vermillion.  Digimon World -next 0rder-'s CERO rating is pending review, while the producer been identified as "Fujiwara;" previously it was thought that Habu Kazumasa, producer for Re:Digitize, Decode, and Cyber Sleuth would be continuing in his role with -next 0rder-.

Translations of the issue's key articles are provided below. 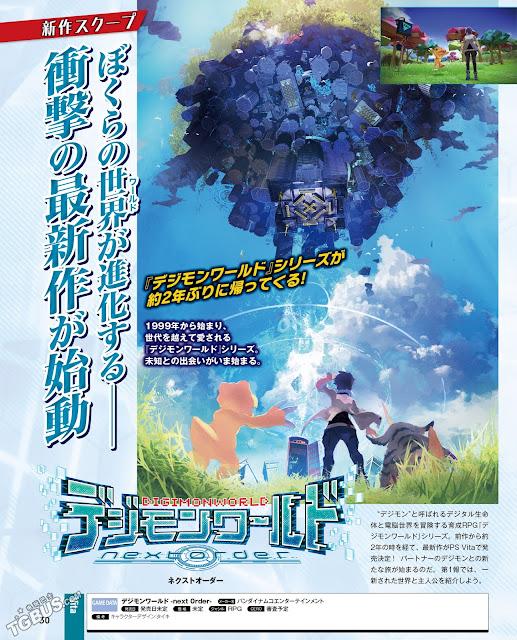 The Digimon World Series' Returns After 2 Years!
Beginning in the year 1999, the Digimon World series is beloved across generations. An encounter with the unknown is beginning.
In the RPG "Digimon World" series, you train and adventure in a computer world with the digital lifeforms called "Digimon." Two years after the previous work in the series, it has been decided to launch this one on the PS Vita! A new journey begins with your Digimon partner. In part 1, we will introduce a new world and protagonist. 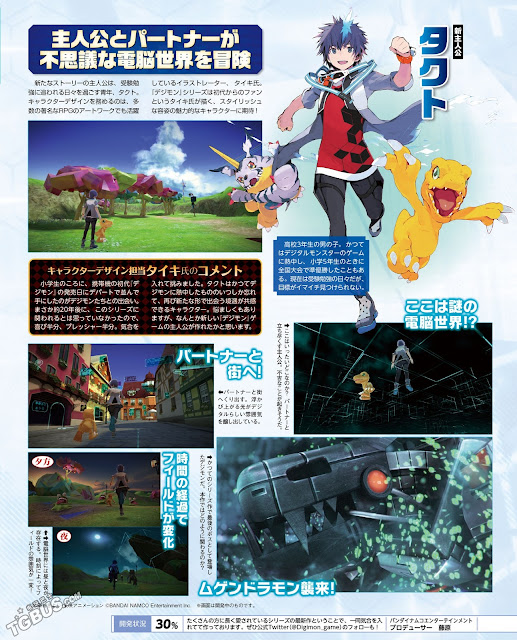 The Protagonist and Partner's Adventure in a Mysterious Digital World
The protagonist of this new story is a boy who spends every day rigorously preparing for his entrance exams, Takuto. The character designer is the illustrator who has served a multitude of RPGs, Taiki. As a long-time Digimon fan, expect stylish and charming characters from him!

The New Protagonist: Takuto
A third-year male high-school student. He was once enthusiastic about digital monster games, and in fifth grade was the runner-up in the national championships. Currently he spends his days studying for college entrance examinations, and he can't see any other purpose for himself.

Character Designer Taiki-shi's Comments
In elementary school, I crossed paths with Digimon standing in line at a department store, on the launch date of first generation of portable Digimon devices. I can't believe it's been about 20 years, but just thinking about being involved in this series, half gives me joy, and half pressure. I'm all fired up for this challenge. Takuto was once one who was enthusiastic about Digimon, but without realizing it he forgot, and in a new form he will once more be a character that can respond to the circumstances of crossing paths. It made me anxious, but somehow I think I created a new Digimon protagonist.

The national championships referenced in Takuto's profile likely refer to the D-1 Grand Prix, a real series of tournaments held by Bandai across Japan from 1997 to 2007.
Posted by Touya at 11:52 PM