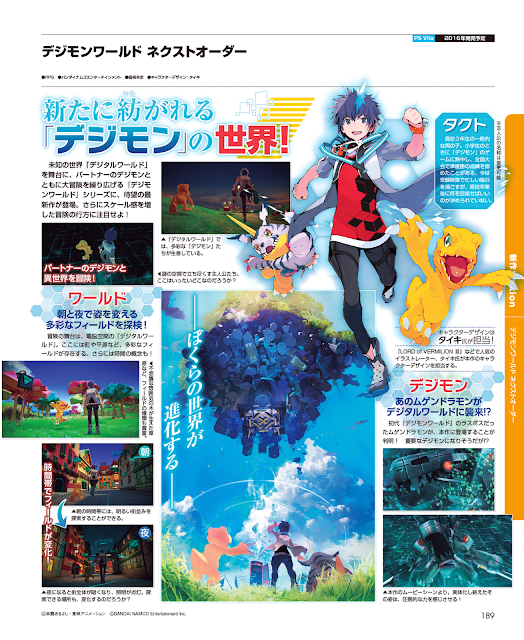 August 12th, 2015. Issue 596 of Dengeki PlayStation magazine has been scanned by All Games Beta, including a brief page dedicated to Digimon World -next 0rder-. Apart from information already revealed in Weekly Famitsu, the issue included new screenshots not seen in previous press releases. Among these is a nighttime view of the game's unnamed city, and a look at Mugendramon after his materialization, which was not included in the game’s initial trailer. Dengeki PlayStation also hinted that Mugendramon may play a pivotal role in -next 0rder-'s storyline.

THAT Mugendramon is Invading the Digital World!?
The last boss of the original "Digimon World," also makes an appearance in this work! Will he be an important Digimon!? 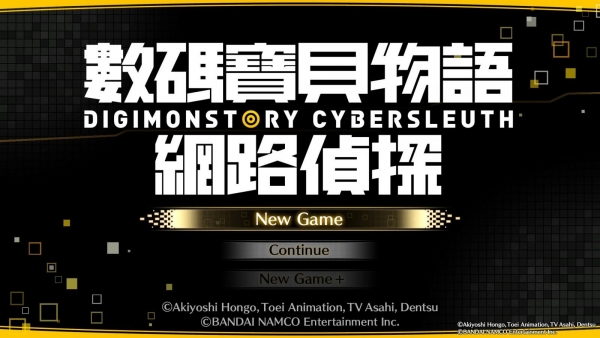 In other news, the Asia branch of Bandai Namco has confirmed that Digimon Story: Cyber Sleuth's international editions will include more difficulty options in both the PlayStation Vita game and in its PlayStation 4 port, addressing the original game's low challenge. The game will launch in December 2016 in English and Chinese, with both games using subtitles and retaining the original Japanese audio. First-print copies of the Chinese edition will include a download code for Agumon (Black) and Gabumon (Black), custom Vita themes, the cosplay Agumon, DLC featuring Sayo from Digimon Story: Moonlight/Digimon World Dusk, and the original soundtrack. All of these features were previously available in the Japanese game. The Vita and PS4 versions of the game will have cross-save support with one another.
Posted by Touya at 1:32 PM