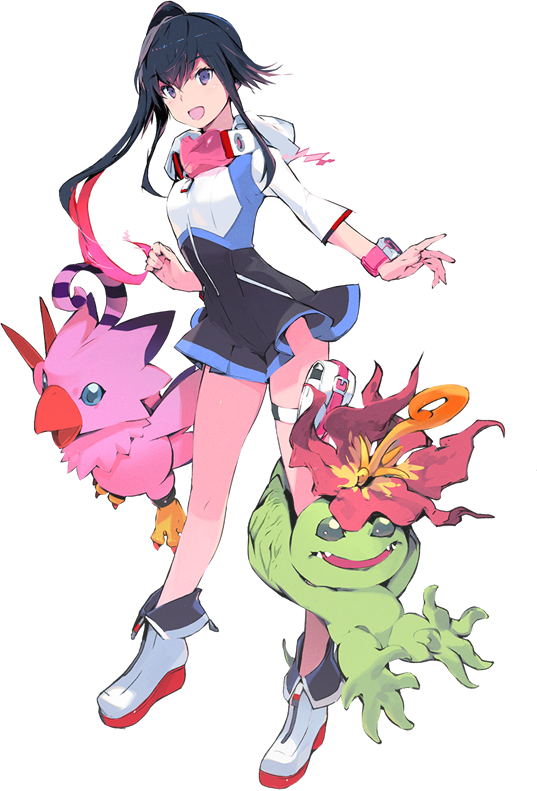 August 22nd, 2015. The official Digimon World -next 0rder- portal site has updated with a unified character profile for protagonists Shiki and Takuto, the former of which was revealed only a few days prior. The profile clarifies that Shiki and Takuto are only default names, and describes them as follows; "Third-year high school student studying for exams, having finished their club activities. When they were little, they had an interest in the Digital Monster game. In their fifth year in elementary school, they were the runner-up in the national championships." Internally Shiki is identified as "heroine" within the website's image files, and Takuto as "hero." 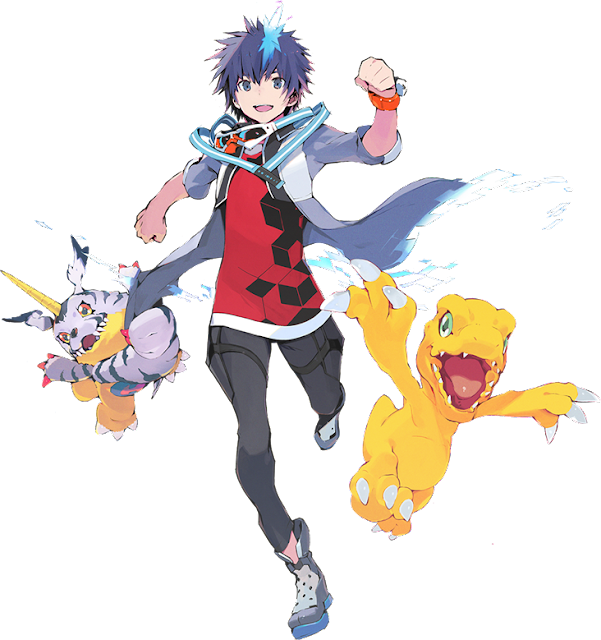 In addition to its character and movie pages, the revamped -next 0rder- website also contains currently-unused sections for game specifications, an introduction, an explanation of the game system, screenshots, and a "special" tab. The website has also adopted a convention of replacing all Os with 0s,
Posted by Touya at 11:41 PM