How to Play Digimon World Online 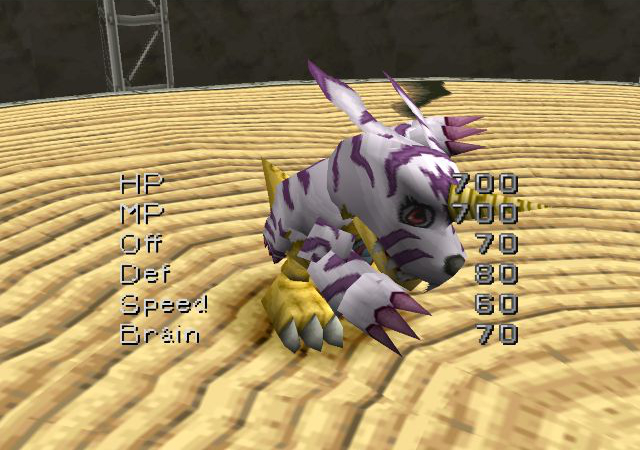 Digimon World has a multiplayer mode. It wasn't used nearly enough in its original lifetime; let's give it a second chance.

I'm trying to write this for everyone, including players with limited technical knowledge of computer connections, and those that aren't really familiar with Digimon World. We've all been there. Running World's battle mode with another player over the web requires some setup, after all.

(Note that this guide is written with Windows 7 and earlier in mind; so far all connection tests with Windows 10 have ended in failure.)

1. Create Identical Systems
For starters, you both need to be running the same version of the game (i.e. two American/NTSC-U copies of Digimon World, or two European/PAL copies, or two Japanese/NTSC-J; the different regions are really different games) and both players need to use the same version of ePSXe. The easiest way to do that is just make sure you're up to date with version 1.9.0. Also ensure that you both have up to date copies of each other's memory card save data (the files that are by default epsxe000.mcr, epsxe001.mcr, etc.) and that both players have each other's data plugged into the same slots in ePSXe. (i.e. if player one's memory card is epsxe000.mcr and it's in slot 2 on ePSXe, it also needs to be in slot 2 for player two's ePSXE.) Both players should also be using identical graphics and sound plugins. (Pete's OpenGL GPU comes as a standard in ePSXe; to play it safe, configure your plugins to the Fast default.) Both players should have a second controller configured, as each one needs to use a different controller in battle mode. (Note that Kaillera always detects the player hosting the game as player 1, and the player that joins them as player 2.) You essentially want your copies of ePSXe and the game to be as close to identical as possible. 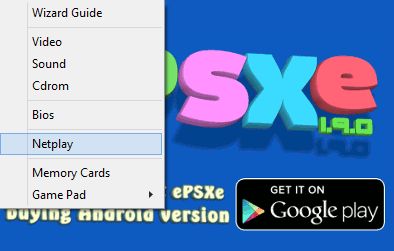 Before starting up your copies of the game, both players need to install ePSXe's cyberpad plugin, which includes the actual client program for linking your systems. (The client is called Cyberpad Kaillera, cpka for short. Hence cpka-v14 is "Cyberpad Kaillera version 1.4." When in use, Cyberpad transmits each player's controller inputs to each other's copies of ePSXe.) When unzipping cpka-v14.zip, extract "kailleraclient" into the ePSXe folder, and move cpka-v12 into ePSXe's "plugin" folder. After that's done, open ePSXe, go to Config > Netplay, select Cyberpad v1.4 and then confirm OK.

2. Connect to a Server 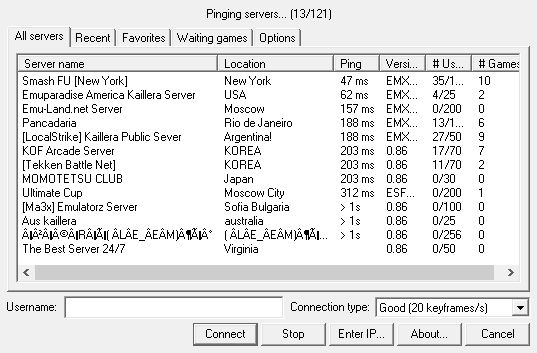 When you start up Digimon World from your disc or (legally) ripped ISO, as long as Cyberpad is enabled as your Netplay plugin, Kaillera will activate automatically at startup. Both players need to connect to the same server. The ms under the Ping section stands for milliseconds, as in the number of milliseconds it takes for Kaillera to send a ping and get it echoed back from the server. How many ms it takes depends on both the strength and speed of connection, and the distance between machines. (i.e. it will take longer to ping a server in Japan from America than it will to ping a server in Hawaii from the same place.) Ideally you want as low ms as possible, although you should also pay attention to the number of games being played because a large amount of traffic on one server can cause delays for everyone.

You can manually change your connection type in Kaillera,  instructing the program to send more packets of data per second. Depending on the server your connection may need to be set to a specific threshold in order for you to be able to connect. (i.e. Smash FU requires you to set your connection to Good.) You also need to be mindful of avoiding servers that are dedicated to a specific purpose. (Do not connect to Smash FU if you're going to play Digimon World. Do not connect to Tekken Battle Net if you're not playing Tekken. Don't be a jerk!)

Preliminary testing suggests that for Digimon World, you should have a connection type of at least Good. The quality of your connection in the client is measured in terms of keyframes per second, basically the first and last frames in one animation. This isn't 1988; even Digimon World runs at 40 FPS in battle mode! Setting your connection to Excellent will help avoid things like button inputs being sent late and triggering a pause (and thus a disconnect).

There are around 130 Kaillera servers in all, and the recommended ones for now are those operated by Emuparadise. These have no required connection type, and are general-purpose emulation servers. Many of the others are exclusive to specific games. 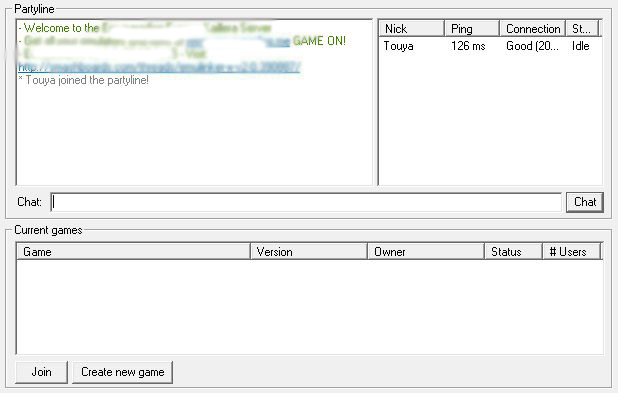 Once you're connected, you'll join that server's chatroom. Here you can talk to everyone else in the server, like on an IRC network. To play with the other player you need to "Create a new game," and they need to join it. Once you're both in, choose to "start game" and ePSXe will load Digimon World normally.

(Do not use the pause function while playing with another player. Do not use save states. Do not do anything that would interrupt gameplay, or you risk desynching your games and causing a disconnect.) 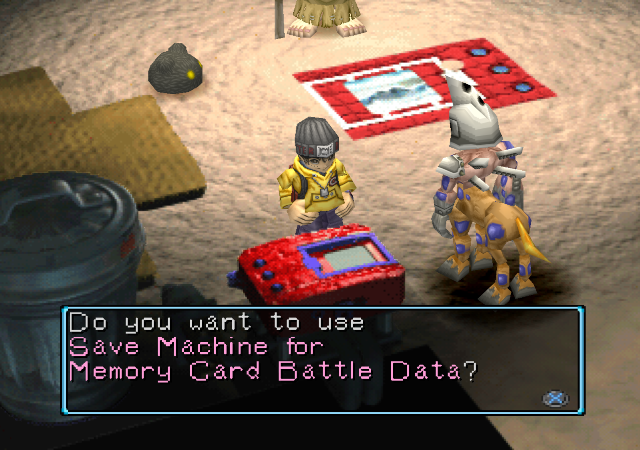 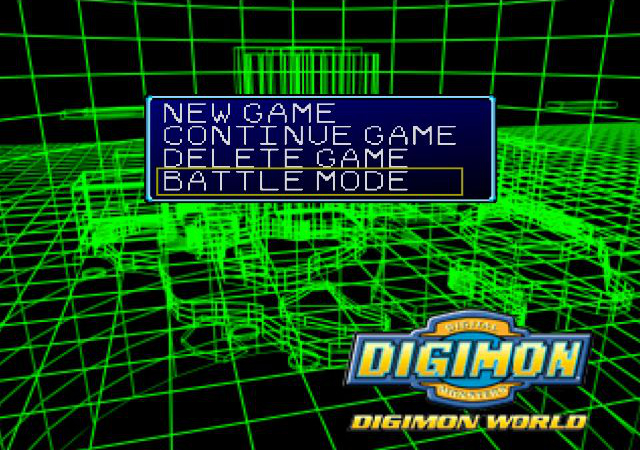 From the start menu, choose battle mode, and from there both players need to load their competition data. Competition data is a separate type of save data in Digimon World that's created by saving inside Jijimon's house, at the station that looks like a Digital Monster virtual pet. No matter how big and beefy your main game monster is, you can't use it in battle mode unless it's saved as competition data! 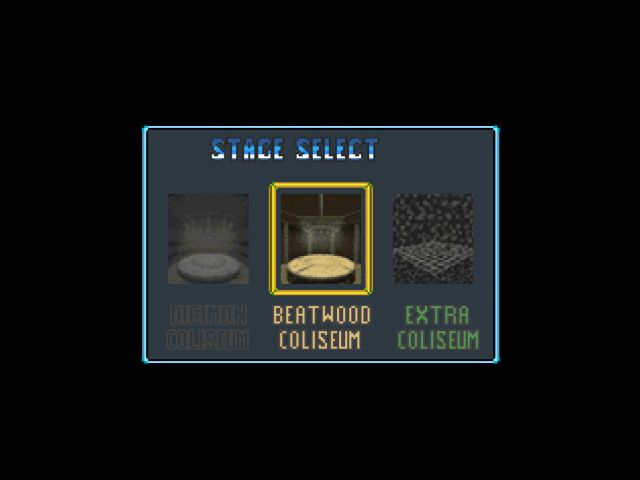 After this, either player can select a coliseum. Structurally, Digimon Coliseum and Beatwood Coliseum are identical, and differ only in aesthetics. Extra Coliseum is a slightly different deal because it has corners, and hence it's possible to back a Digimon into one. (In case the layout becomes relevant, I would recommend determining the first stage randomly, i.e. roll a three-sided die, and in a best-of-three set having the loser of game 1 choose the stage for game 2, the loser of game 2 choosing the stage for game 3, etc. for larger sets.) 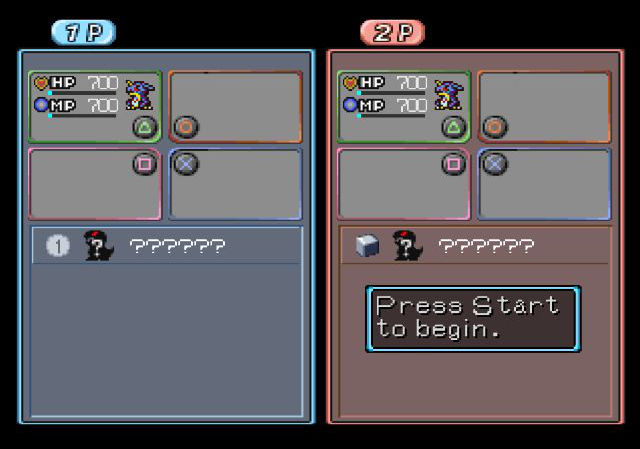 Up to four Digimon can be registered per competition data save file, with each one corresponding to one of the PlayStation's buttons. This ensures that neither player knows which Digimon the other one is bringing out until the match begins. It's important because Digimon World has a triangular weakness system where Vaccine trumps Virus trumps Data trumps Vaccine, so in order to predict your opponent's next Digimon you'll have to rely on psychology. 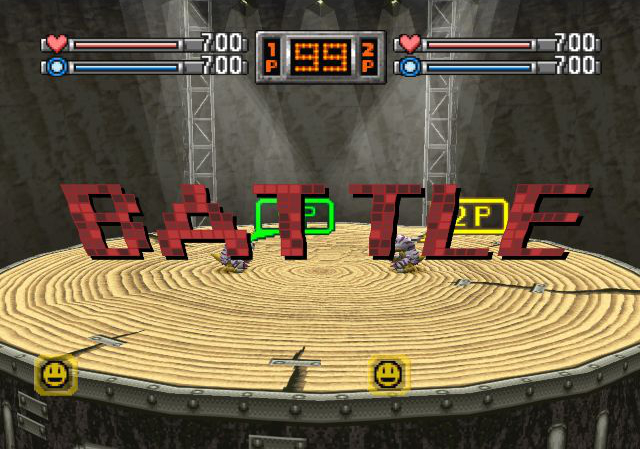 After both Digimon are chosen and both players hit start, the battle begins! Two untrained Gabumon are a really bad example for the purposes of this tutorial, because Digimon that have had their Brains stat sufficiently trained can take more advanced orders than just "Auto." At 500 Brains all of a Digimon's possible commands will be unlocked, including the ability to order them to use specific techniques. The general range of options otherwise is Auto/Attack/Moderate/Distance/Change Target/Defend. (Quick rundown; Attack tells them to pursue and use high-cost attacks, Moderate to use lower-cost attacks, and Distance to prioritize keeping away.) 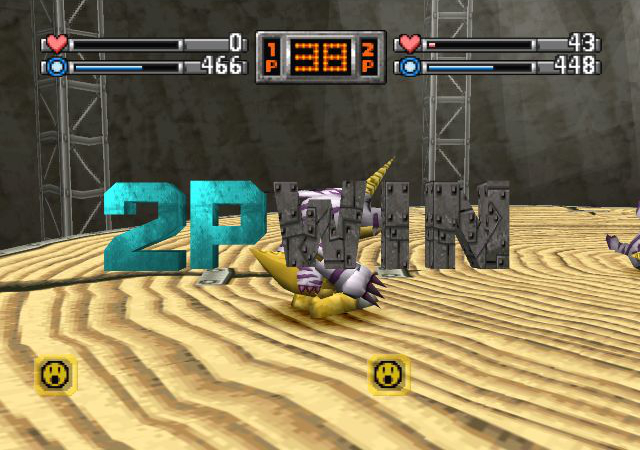 As long as you OK it with your opponent, some other cool things the two of you can do is capitalize on Pete's OpenGL plugin to improve the graphical output on Digimon World, adding texture filtering, screen filters, and even custom filters.

Now grab some friends and go play!
Posted by Touya at 3:02 PM