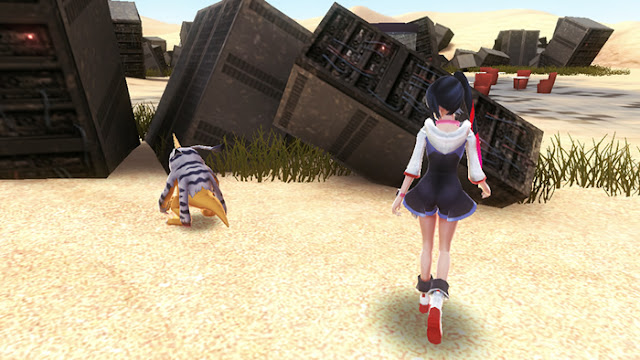 September 11th, 2015. Bandai's official Digimon World -next 0rder- website has updated with the first images of a new area from the game, which had briefly been teased in last month's issue of V Jump. The screenshots show a wasteland littered with discarded communications racks, and a stack of vending machines not unlike those found in the original game. The open desert is juxtaposed with the amenities of a modern office building; a watercooler, trash bins, and café tables, a typical contrast for the Digimon World games. One of those vending machines even sneaks the original Japanese Digimon World logo in, immediately next to the watercooler.

These are also among the first screenshots to show female protagonist Shiki in action. As with the previous batch of screenshots, the digital world's day-night cycle is given its own spotlight. All of the screenshots can be found uploaded below. 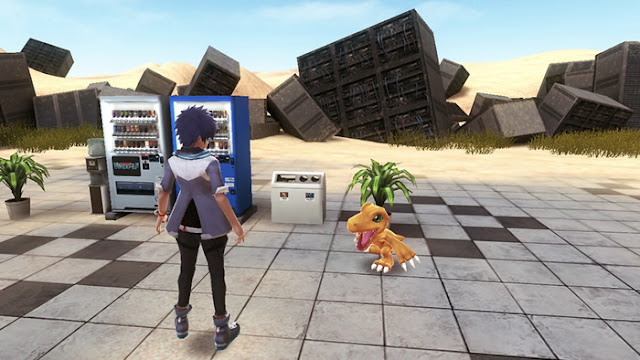 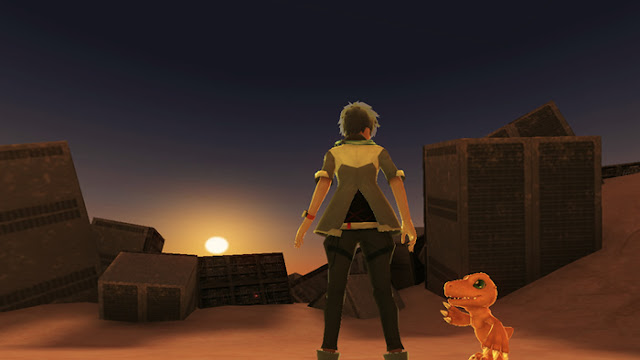 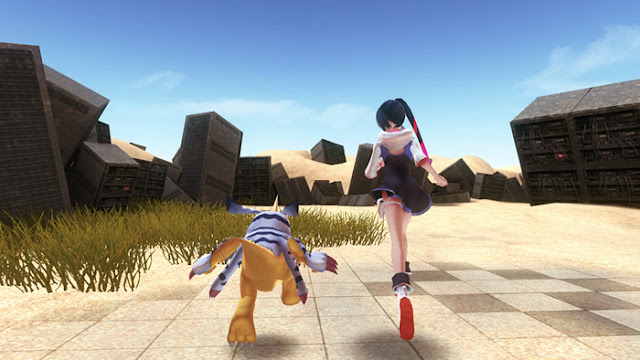