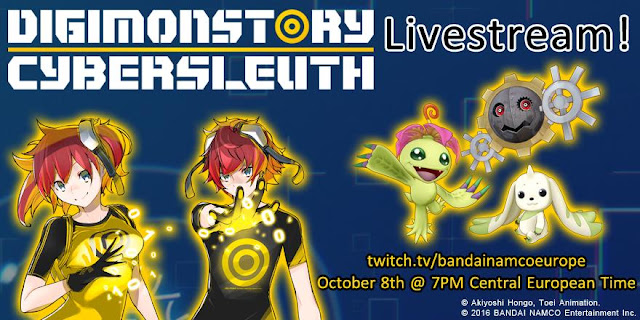 Cyber Sleuth is slated for an "early" 2016 launch in North America according to Bandai Namco US. International editions of the game will launch simultaneously on the PlayStation Vita, PSTV, and PlayStation 4, with cross-buy and more difficulty options.
Posted by Touya at 1:10 PM