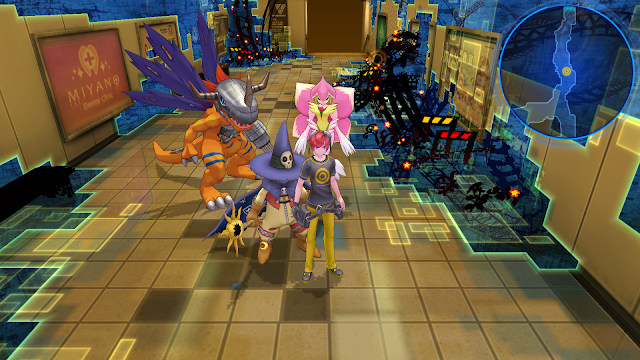 October 11th, 2015. At this year's New York Comic-Con, Bandai Namco US announced the final launch date for the English-language Digimon Story Cyber Sleuth; February 2nd, 2016. The JRPG will be available on the PlayStation 4, Vita, and PSTV systems for $59.99, supporting additional difficulty modes and a New Game Plus feature not found in the Japanese game. Cyber Sleuth has been designed with both adults and players completely new to the Digimon franchise in mind, creating a well-rounded RPG that stands on its own merits rather than merely being an extension of the formerly child-oriented brand.

Cyber Sleuth director Habu Kazumasa previously attributed the game's international launch to the Operation Decode petition, which in the lead-up to Sleuth's release announcement acquired more than sixty-five thousand signatures asking for the Digimon franchise to return to the west. The other game Operation Decode focused on--Digimon World Re:Digitize Decode on the 3DS--has not yet been announced for a western release, although a fan translation of the original Re:Digitize on PSP has partially filled the gaps. With -next 0rder- on the horizon as the next major Digimon game, Cyber Sleuth's international sales will likely determine whether future entries in the Digimon World and Digimon Story series reach the west.
Posted by Touya at 12:24 PM