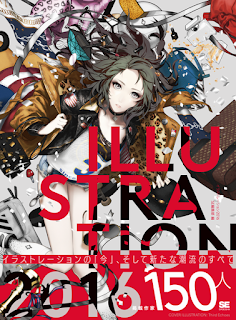 Taiki was previously interviewed about Digimon for Weekly Famitsu magazine, where he discussed how he first encountered the franchise nearly twenty years prior. ILLUSTRATION 2016 will go on sale in Japan this year on November 5th for 3024 yen (approx. $25 US).
Posted by Touya at 12:32 PM