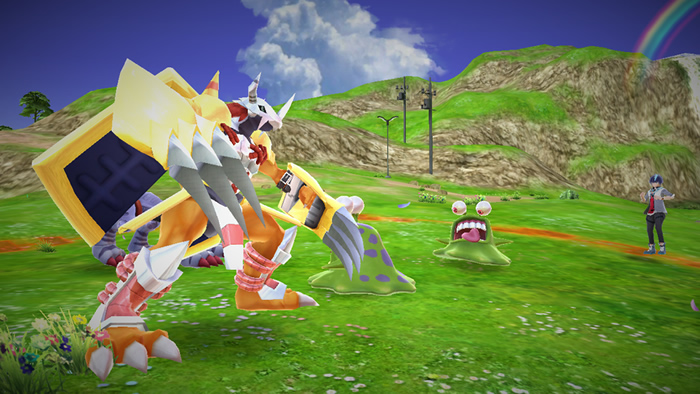 October 9th, 2015. The official Digimon World -next 0rder- title site has updated with a new batch of screenshots showing off the game's dual Digimon battle system, which allows the player to fight alongside two Digimon at once. The 10/9 batch of screenshots show male protagonist Takuto fighting alongside War Greymon and Metal Garurumon, and female protagonist Shiki with Piyomon and Palmon. While War Greymon and Metal Garurumon's Omegamon Jogress evolution was briefly teased in the most recent promotional video for the game, it's currently unclear if Shiki's Digimon can perform a similar fusion.

The previous batch of screenshots focused on environmental changes in -next 0rder-, and the Digimon's various emotional expressions. 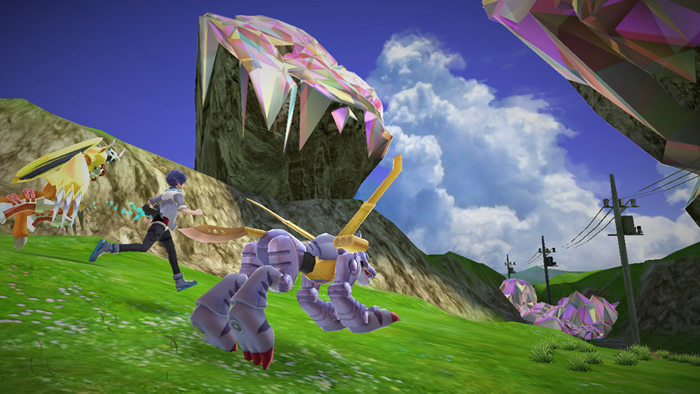 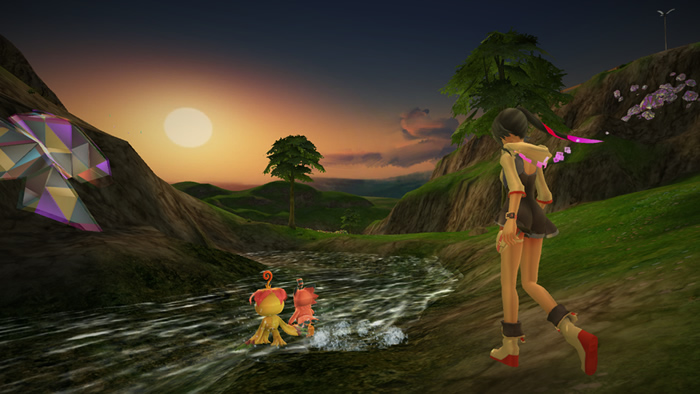 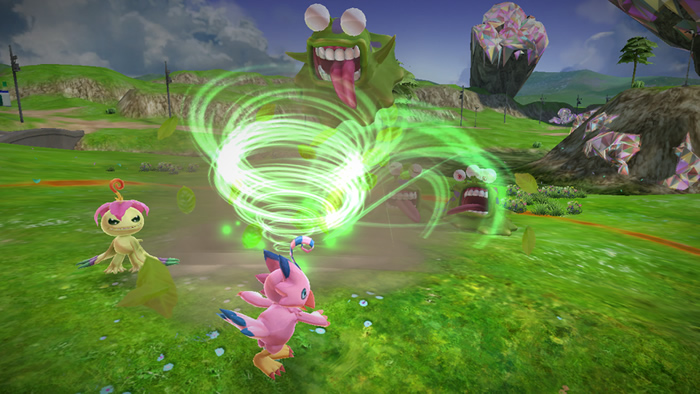