November 20th, 2015. As a prelude to the Japanese premier of Digimon Adventure tri., Bandai & Toei organized a special livestream hosted by the voices of three of the movie's principle characters, Mimori Suzuko, Enoki Junya, and Ikeda Junya. (Jokingly introduced as "double Junya.") The broadcast, which clocked at about an hour and a half, featured its hosts showing off a number of new products created for tri., announcing new information on Digimon, and participating in activities together. Fans were receptive to the stream, breaking into memetic cries of "JOOOOOOOOO" at any mention of Kido Jo, flooding the screen with his name. A recording of the stream can be viewed below. 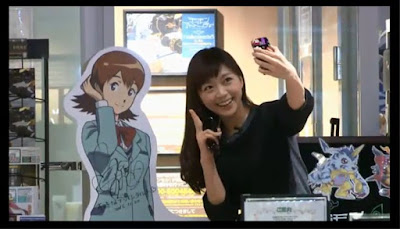 Mimori Suzuko was as enthusiastic as ever, caught taking selfies of herself with her character's stand, and beginning her tri. gashapon collection on camera with a test run of the newly-released machines--which initially seemed to eat her money, until she realized it was a 300 yen machine and not a 100 yen one. 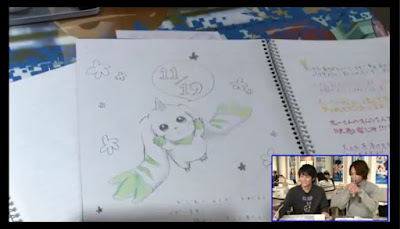 The three of them were served each of their characters' corresponding dishes from the currently-running Digimon Adventure tri. Animate Café; Mimori was served a Magical Fire drink with Sora's "Love-filled Tomato Stew," Enoki was served an Air Shot drink with Takeru's "Angel Parfait," and Ikeda was served a Marching Fishes with Jo's "Praying to Pass! Exam Chazuke." Enoki initially mistook the white chocolate wings in the parfait for a spoon, prompting admonishing cries of "Takeru!" 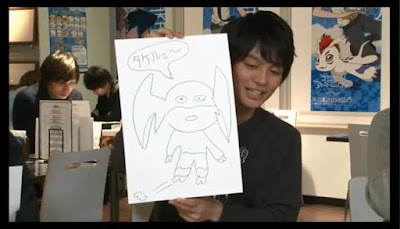 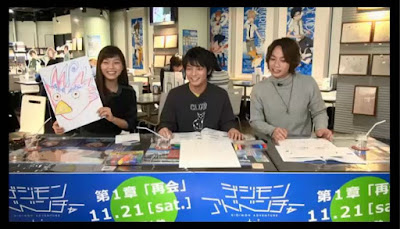 A group speed drawing session with the seiyuu drawing their characters' Digimon partners quickly went awry when it became apparent that both Mimori and Enoki's  skills were lacking; Ikeda accused Mimori of drawing Big Bird instead of Piyomon. 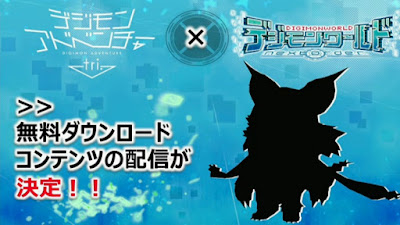 The TGS trailer for Digimon World -next 0rder- was also reviewed during the broadcast, after which a special announcement was made that tamers will be able to get a special Adventure tri. related download in the future, downloading the movie-original Maicoomon into their games. 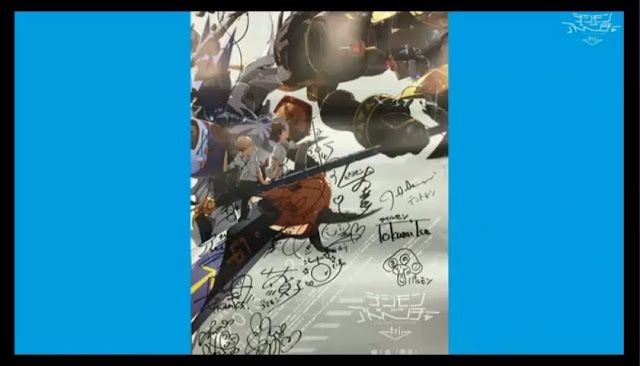 The first twelve minutes of Reunion were then shown to promote the film, and as the broadcast drew to a close the tone became somewhat more somber. Mimori implored fans to see the film, stating that she had the feeling something amazing had begun. Enoki closed it out with a view of the film's poster, autographed by a combination of the original and new voice cast for the chosen children.