Bandai Giving Away Agumon, Other Plushies at Cyber Sleuth Livestream on the 19th 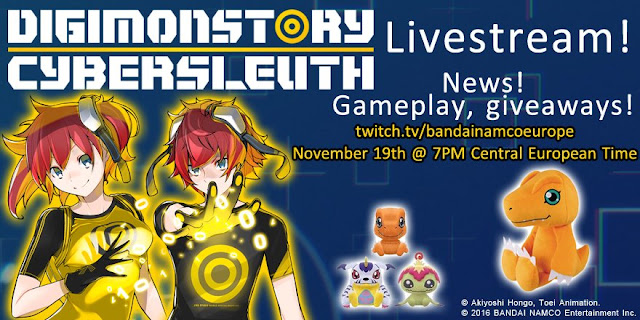 November 16th, 2015. Bandai Namco UK announced over Twitter that they will be hosting a second Digimon Story: Cyber Sleuth livestream this Thursday, in which they show off the progress of the game's English-language localization. Unlike in the previous stream, this time Bandai Namco will be giving away three Digimon plush toys, featuring Agumon, Gabumon, and Palmon. The stream will take place on their Twitch channel at 7 PM Central European Time/7 AM Eastern Standard Time on November 19th, 2015. The preceding stream drew some concern for its inconsistent and incomplete translation status, but Bandai later assured fans over Twitter that this was not the final script on display.

Digimon Story: Cyber Sleuth will launch in English on the PlayStation Vita, PSTV, and PlayStation 4 on February 2nd, 2016. 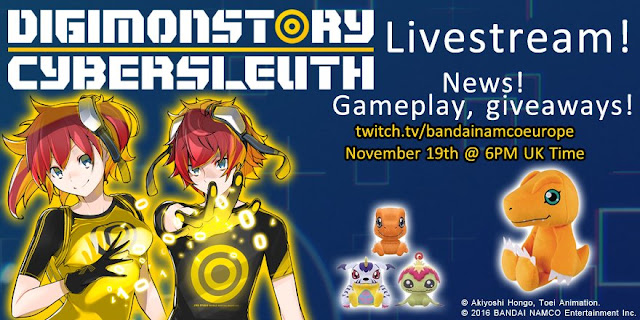