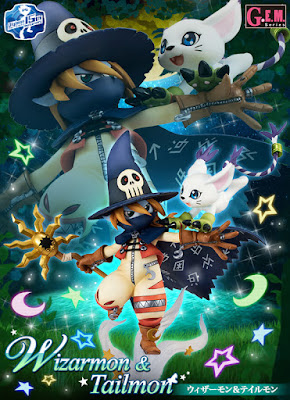 The G.E.M. Series has most recently featured Wizarmon and Tailmon from Digimon Adventure, which has been one of MegaHouse's most popular G.E.M. Series franchises since it became a part of the line in January 2014. Past Adventure G.E.M. figures include multiple versions of Takaishi Takeru and Yagami Hikari with the various forms of their Digimon partners, repeated reissues of Yamato and Taichi, and other members of the Chosen Children. Of the entire G.E.M. Series figures, Ichijouji Ken is the only Digimon character to hail from Adventure 02 rather than the first season.