More than 50,000 People Have Preregistered for Digimon Linkz 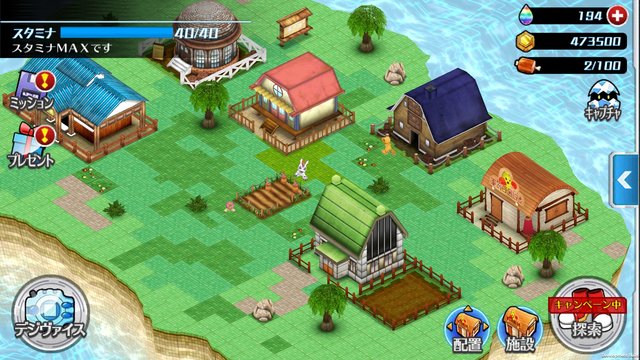 November 25th, 2015. Japanese gaming news outlet Inside Games reported than more than 50,000 people have registered for Digimon Linkz, Bandai Namco's 2016 iOS/Android app. In September 2015 Bandai implemented the Start Dash Campaign to reward players for the number of registrations, promising a V-mon gift at the 10,000 registration milestone, and later 20 Digistones once the app hit 50,000 preregistered.

Digistones are an in-game item used to recover a Digimon's stamina, allowing the player to continue training their Digimon past the normal limit for one day. Linkz takes cues from the Digimon Story series in giving the player a DigiFarm they can train and raise Digimon on, before taking their monsters into dungeons or battling other tamers.


Originally announced for Autumn 2015, Linkz was later moved to a 2016 launch date for development purposes. According to Inside, Linkz deals with a "disaster" in the Digital World--the first anything has been said of the game's plot.

Digimon Linkz will launch in 2016 on Android and iOS. The game will be free-to-play, with microtransactions. Watch the trailer here.