December 25th, 2015. The Premium Bandai web shop has updated with a new trailer featuring the upcoming D-3 Ver. 15th Digivice, which will become available for preorder in a few hours. The revised D-3 will include over 150 types of Digimon, including six possible partners based on Digimon Adventure 02, and the never-before-playable Imperialdramon Paladin Mode. According to the updated D-3 homepage, the new device will connect with the Ver. 15th to unlock a "special production and message." Many more details have been given on the official website, and are summarized below. 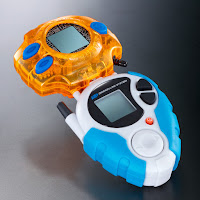 The D-3 Ver. 15th will be able to connect with;
Based on this information, the new Digivice has very likely been programmed with the original Digital Monster rules available for battle, ensuring connectivity with almost all two-pronged Digimon toys released since 1997.

Hurricane Touchdown!!/The Golden Digimentals has had a disputed status in the fandom for many years now, with a significant number of fans arguing the film to be noncanon based on alleged discrepancies between it and the TV anime. Its inclusion in the Ver. 15th Digivice, as well as the inclusion of a Crest of Destiny in the most recent toy lineup, points to Bandai considering the film to be in continuity with 02. It's important to note that the company has never actually taken an anti-movie 3 stance, and no product has ever definitely stated that the film is noncanon. 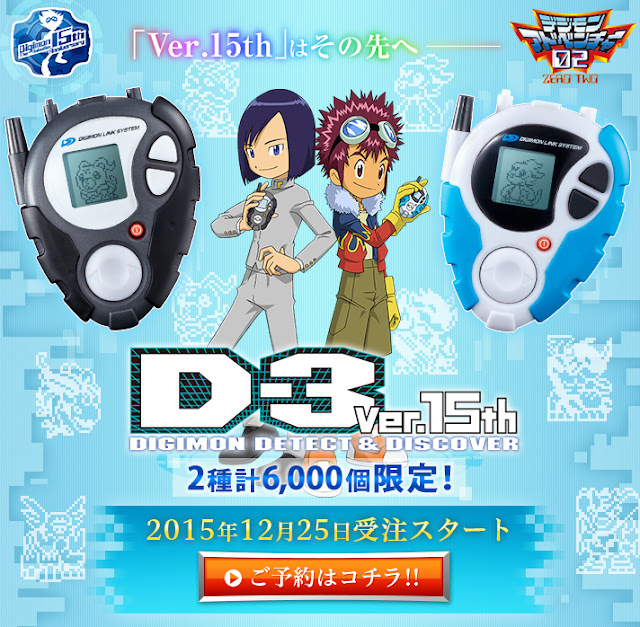 Unlike last year's made-to-order Digivices, the D-3 Ver. 15th is being produced in far more limited quantities, with only 6000 units being manufactured between the Motomiya Daisuke and Ichijouji Ken editions of the Digivice. Each D-3 order will come backaged with five separate illustrations which collectively form a single interlocked image, featuring Yagami Taichi, Ishida Yamato, Ichijouji Ken, and Motomiya Daisuke.