How to Import Digivices from Premium Bandai

This article uses affiliate links. Affiliate links are hyperlinks to product listings on e-commerce websites; if a reader accesses one of these listings through one of the links below, and/or purchases the item listed, the editor is provided a referral fee and/or commission fee. 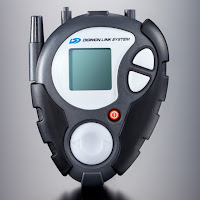 December 25th, 2015. In less than five minutes, the Japanese clock will tick over to 11:00 AM on the 25th, and the Premium Bandai web shop will begin opening up preorders for the D-3 Ver. 15th Digivice. The 15th anniversary D-3 is an extremely limited product that will only ship a cumulative six thousand units between its black and blue models. Given the short window of acquisition and strong demand, this leaves western fans with a conundrum--how do they purchase a product deliberately made unavailable to them?

Enter the middleman service. This is a section of commerce which acts in place of a foreign consumer, buying the product and shipping it to them. This is how westerners acquired last year's Digivice Ver. 15ths, and it's how they'll acquire this year's D-3. Some proxies operate through eBay, while others are independent sites hosting their own services.

Be aware that the middleman has to eat too. You will not be paying the base price of the Digivice; P-Bandai is normally a case of the manufacturer selling directly to the consumer without an intermediary, and introducing a proxy service into the equation effectively adds a layer of markup because of the additional labor it creates. The import service has to turn a profit on buying the device and selling it to you, which generally takes the form of either a flat commission fee or a percentage fee derived from the base price. They also have to pay for shipping and transportation costs, and this means that you will probably be paying closer to $100 rather than $80, possibly more. The good news is that many such middlemen deal in huge volumes of product being sold to hundreds or thousands of consumers, which reduces the markup on any individual product.

However, products like the D-3 are sometimes limited in how much quantity can be sold to individual buyers, which means each intermediary can only acquire a specific number of them. Meaning each resource has a limited quantity that they can sell. So where can you buy these devices? 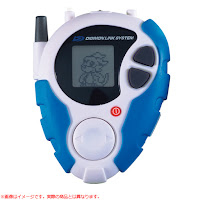 A small number of sellers have been taking preorders for the D-3 ahead of the actual preorder date open. Whether these preorders will be reasonable or not when compared to what independent sites are offering remains to be seen. Currently there are four listings available on eBay, two sets of black & white, and one black and one blue separate:
Each of these offer free shipping. The up front cost reflects slightly under a 40% markup from the $80 base price (the set of two is technically $10 cheaper, but only if you were planning on buying both versions in the first place). While these listings provide "free shipping," that's implicitly a formality--the persons selling these devices still pay to ship them, and instead is including the shipping cost in the base price along with all other expenditures. Some sellers are attempting to charge $154 for each D-3, which is very questionable when others are offering it for $120.

Option 2: Independent Sites
These order options will not be available until the device itself goes on sale. These sites are run by a single store rather than being available through a commerce network like eBay, and are sometimes managed by only a single person. The reason the D-3 isn't available early is because these stores are waiting until they can actually purchase the stock off of P-Bandai before they list it. It's somewhat questionable whether the eBay stores were behaving ethically in listing the D-3s without actually acquiring them first, as there's a remote possibility that they will be unable to purchase the Digivices and be forced to refund their buyers. You may see a fairer deal from these independent sites, which will charge either a flat rate like $10 per order, or a percentage of the original price on top of it. However, expect that shipping and handling costs will still factor in.

The catch is that no one quite knows which sites will have the D-3 available. Some may buy D-3s but not list them immediately after the products go live. Others may list them immediately. The product could sell out in a few hours, or the high price may intimidate consumers out of buying Bandai out of their stock up until its release date in June. Part of the reason the D-3 is so limited is that the company isn't sure that Digimon series other than Adventure can sell anymore.
Posted by Touya at 5:57 PM