"I Want the Digimon Series to Reach Everyone in Taiwan," Says -next 0rder- Producer 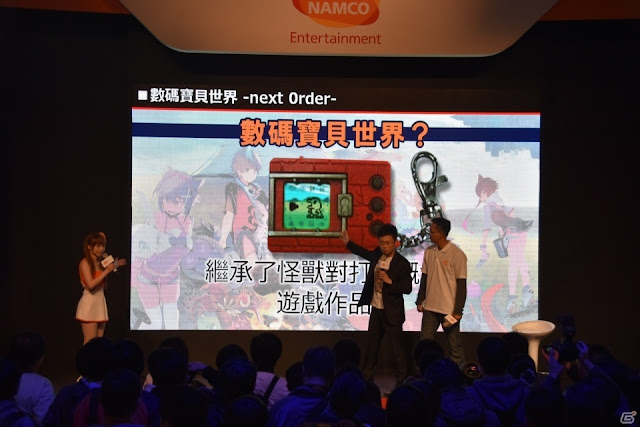 January 30th, 2016. Japanese games news outlet Gamer reports that over the 28th Bandai Namco Entertainment showed off the upcoming Digimon World -next 0rder- at the Taipei International Game Show in Taiwan. The game was shown alongside Summon Night 6, by -next 0rder- producer Fujiwara Yasunori and Habu Kazumasa. The two of them gave an overview of the Digimon franchise, elaborating on the origins of it in the virtual pets and -next 0rder-'s relationship to that era. Fujiwara ended his presentation on a dramatic note, stating that "Hereon, I want the Digimon series to also reach everyone in Taiwan."

Bandai has made Taiwan a focal point of its international strategy, as the country is part of an important international crossroads in shipping and commerce. Last November the Taiwanese edition of Cyber Sleuth premiered far in advance of its English localization, a testament to the region's importance to the company. Interestingly, one slide from the presentation showed female protagonist Shiki undergoing ExE-volution, something that has not been featured in preceding promotional materials. 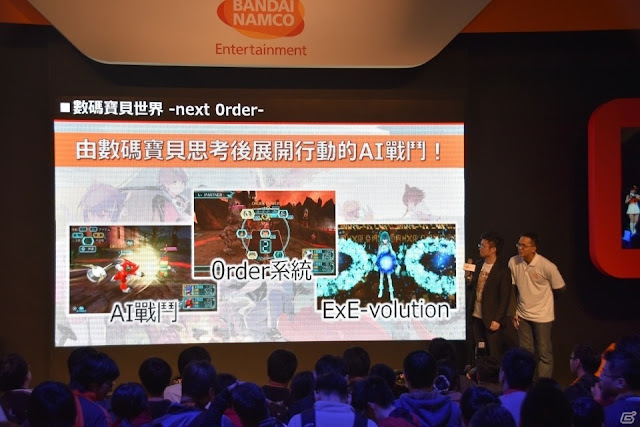 Those that preorder the game will get access to five special DLC Digimon, a remastered copy of the 1999 Digimon World soundtrack, and two original Vita themes, "ver. Nostalgic" and "ver. Dot." Theme ver. Dot features a montage of original Digimon LCD sprites, while theme ver. Nostalgic turns the screen into the layout of a Digital Monster virtual pet.
Posted by Touya at 1:23 AM