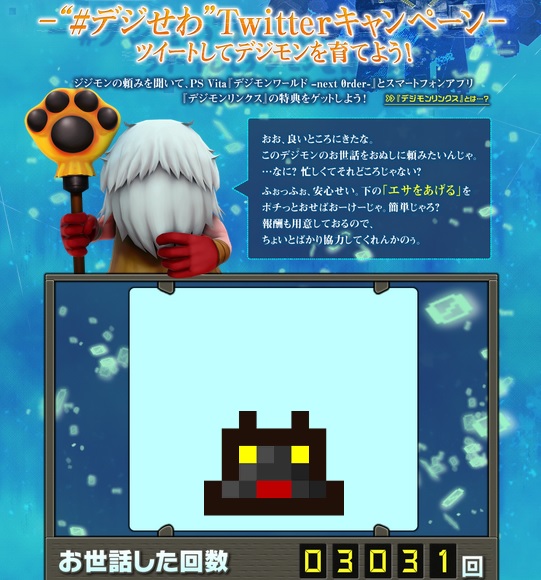 January 22nd, 2016. Bandai's latest "Nade-Nade" campaign reached its next stage overnight, with the online Digitama for Digimon World -next 0rder- and Linkz hatching into a Botamon. The command to rub the Digitama ("nade-nade") has changed to "give food," emulating the style of care in the original Digital Monster virtual pets. Clicking the button creates a premade Tweet for fans to share, which contributes to the "Care Counter" on the website. 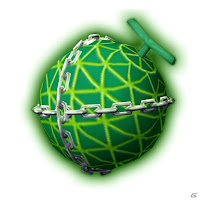 Currently the counter is at 3031; at 3500 Botamon will evolve to his Baby II stage, and the next tier of in-game rewards for both -next 0rder- and Linkz will unlock, granting Digimon tamers an additional Chain Melon and two Digistones in their respective games. The website encourages fans to share the game on Facebook and over the LINE messaging application.

Chain Melons are items which extend a Digimon's lifespan in the World series, while Digistones recover stamina in Linkz, allowing Digimon to train longer.