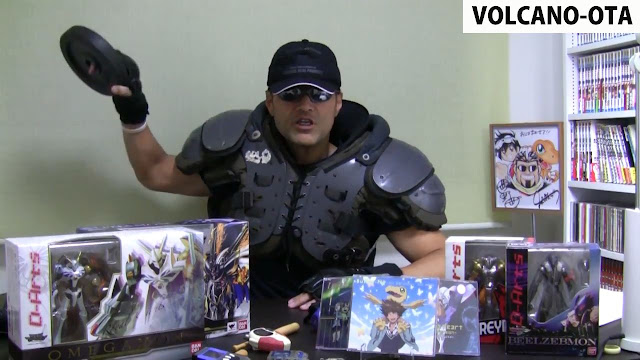 January 21st, 2016. In a reply to a question from Tamer Union about the future of the channel, Oota "Volcano" Kensuke confirmed that his YouTube channel Volcano Channel will continue to update with new videos even after Oota's resignation from Bandai last year. Volcano Channel is Oota's personal account of Digimon history, drawing on his memories and experiences working with the original Digital Monster project. Oota is currently considering the subject of his fourth video.

Oota Kensuke (also romanized "Ota") is the original project director for the 1997 Digital Monster virtual pets, who continued to work with Digimon until his resignation from Bandai late last year. Serving as a lead developer for all Digimon toys up to 2007, Oota came back to prominence in 2014 due to his involvement in the development and release of the Digivice Ver. 15th.

His personality "Volcano Oota" was originally created to promote the D-1 Grand Prix tournaments, and has remained a memorable component of his public persona for almost twenty years. In 2000 his character was made into an official Digimon, Volcamon, and in 2002 given the Ultimate form Pile Volcamon, corresponding to his "Pile Volcano Oota" upgrade. In 2015 Oota launched Volcano Channel, his YouTube channel where he discusses the development and history of the Digimon franchise. His most recent video focused on the origins of the current Omegamon's design and his contributions to it.
Posted by Touya at 6:46 AM