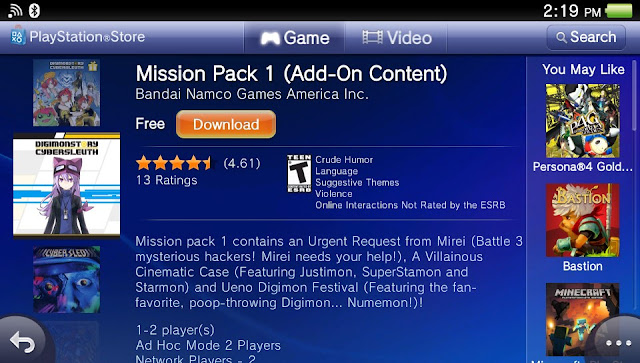 February 9th, 2016. A first set of free Cyber Sleuth DLC was added to the PlayStation Network today, containing three additional purple quests for tamers to complete. The DLC uses Sayo of Digimon Story Moonlight as its icon, suggesting that the Dianamon quests that were reported absent from the Vita version and some PS4 copies of the game will be implemented in the following weeks as free DLC.

The first Mission Pack does not add Dianamon to the Field Guide; #195 is still missing from the list after installation. Mission Pack 1 is available for both PlayStation Vita and PS4 users.
Posted by Touya at 11:41 AM