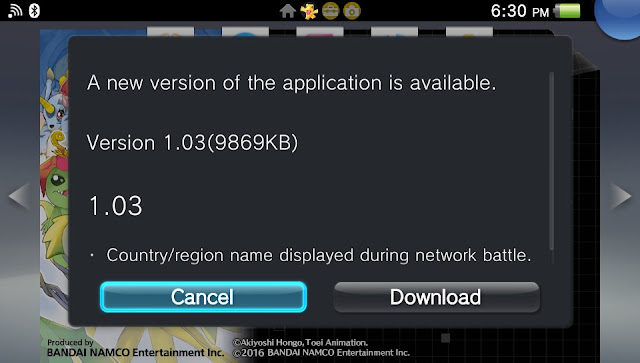 February 5th, 2016. The global 1.03 patch for Digimon Story Cyber Sleuth went out in all regions today, simultaneous to the game's European launch. The patch ensures that Japanese, North American, and European copies of Cyber Sleuth can all play against one another in Ranking Battle, and adds a region display to users' PSN names when playing online. The patch was announced by Famitsu on the 3rd, and for Japanese copies of the game it also added Hard Mode and New Game+ support. 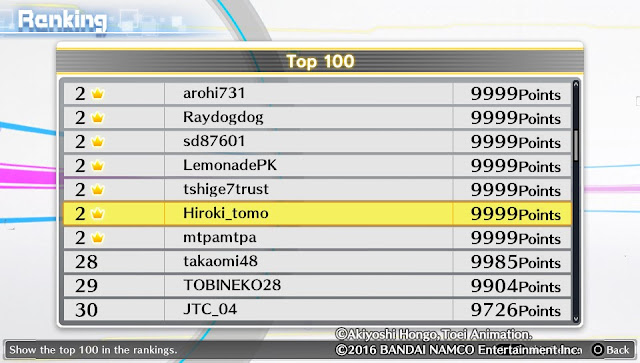 As more tamers install the patch, it is now carrying a significant effect on the global leaderboard. Many tamers' ranks are dropping now that there are more of them accessing the Ranking Battle feature, with the top 100 changing for the first time in several weeks. Although no known American players have made it into the top 100 as of yet, the most visible change is that Hiroki_tomo--a dedicated Japanese tamer who has been consistently logged into Ranked every day for several weeks--has risen one place in the top 25.

Hiroki_tomo was previously tied with 24 other tamers for the #2 spot, with their score having been maxed out long ago and their placement now dependent entirely on total wins. They are joined by mtpamtpa, who rocketed up from 34th to 2nd in a span of about two weeks.
Posted by Touya at 4:45 PM