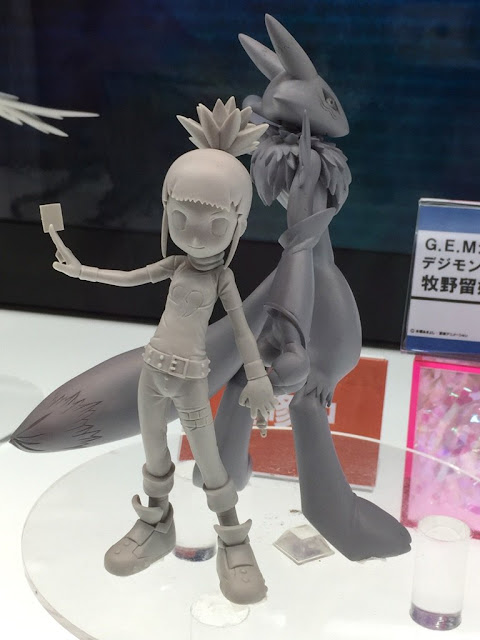 February 6th, 2016. At today's Wonder Fest at Makuhari Messe, an unpainted sculpt of Makino Ruki and her partner Renamon from Digimon Tamers was shown off as part of studio MegaHouse's next entry in their line of Digimon G.E.M. Series figures. The announcement comes a little over a month after Beelzebumon Blast Mode's figure was announced at Jump Festa 2016. 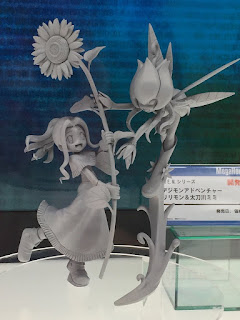 The Ruki/Renamon figure pair may point to Bandai testing the waters with licensing Tamers merchandise, in light of its upcoming fifteenth anniversary this April. Previously, a reprint of the D-Ark Digivice was mentioned on a Premium Bandai customer survey in a question asking what kinds of products fans would like to see in the future.

The Ruki figure was shown alongside a prototype of Digimon Adventure's Tachikawa Mimi and Lilimon. No release date or final price has been announced for either set of figures.

The G.E.M. Series is a line of high quality figures aimed at young adult women, featuring characters from popular anime and manga series. The G.E.M. Series has most recently featured Ishida Yamato and Garurumon from Digimon Adventure, which has been one of MegaHouse's most popular G.E.M. Series franchises since it became a part of the line in January 2014.

Past Digimon G.E.M. figures include multiple versions of Takaishi Takeru and Yagami Hikari with the various forms of their Digimon partners, repeated reissues of Yamato and Taichi, and other members of the Chosen Children.
Posted by Touya at 9:23 PM