February 19th, 2016. The official Digimon World -next 0rder- title site updated with new DLC and Metal Etemon's official profile, which is translated below. The DLC updates reconfirm how tamers will obtain Maicoomon in the game, previously leaked in this month's issue of V Jump magazine. The Maicoomon DLC will be available in late March, featuring the player trying to help this Digimon recover their lost memories. 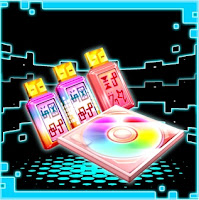 The site also states that digital buyers will have access to a digital edition of the reissued Digimon World soundtrack, but they will need a personal computer to access it. 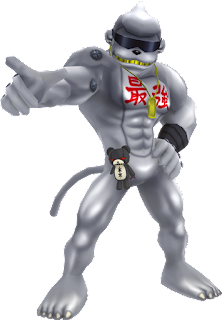 Metal Etemon
"The strongest assassin Metal Etemon-sama will put put an end to your fleeting dreams!"


Before the protagonists stands a single formidable enemy. With a silver tongue they suck up to Shouma, and become his subordinate Digimon. Not out of loyalty, but of their own accord.

Metal Etemon is voiced by Matsutani Yasunori, who previously voiced the character in Digimon Adventure.