02/03/16 Update: Further investigations by fans have demonstrated that Dianamon and the Mirei quests are also not available on some copies of the PlayStation 4 version, though the voice issue has still only been documented on the Vita. 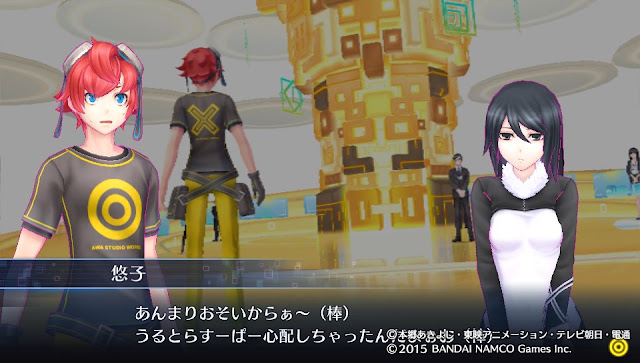 February 2nd, 2016. Several hours after the North American launch of Digimon Story Cyber Sleuth, it has become apparent that many minor and major scenes that originally had a voice track in the Japanese edition of Cyber Sleuth have had those tracks removed in the Vita version of its English localization. An exact count is hard to pin down at this time, but one scene that stands out is when the player meets with Yuuko in chapter 4; during this sequence Yuuko tries to act like a "normal high school girl," leading to her voice actor Itou Kanae putting on a stellar performance pretending to be a bad actor. ("You're *so* late... I got *ultra-super* worried.") Other scenes with removed dialogue include a confrontation with a major boss in chapter 6, and the player’s formal introduction to police detective Date Makiko. The removed voiced sequences are still present in the PlayStation 4 version of the game, as are several purple downloadable quests not available in the Vita game. These quests were available in the Japanese edition of Cyber Sleuth, which was exclusively on the Vita. 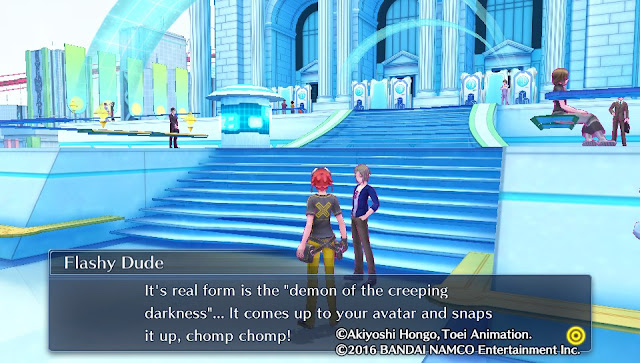 The localization has been far from perfect, with punctuation errors abounding in the script, from missing periods to uses of "it's" instead of "its." There are also several questionable translation choices, like choosing to call one of the core dungeons of the game "Kowloon" instead of the more accepted "Coulomb" or "Cron." (All three are written クーロン Kuuron in Japanese, and the area is officially written in English as "Cool-wrong" in one area of the Japanese game, which phonetically approximates how the name is said aloud.) The localization translates the Garakuta (Junk) Park as "Galacta Park," yet retains a dialogue in which an NPC says that the park is made of junk, resulting in the character claiming the park to be "made of Galacta." At another point, Shiramine Nokia says "Looks like he's not here" rather than "they're" while looking for two Digimon. As a whole the text appears not to have been proofread. Jarringly, Detective Matayoshi still refers to Kuremi Kyoko as "Kyo-chan" in the English script; thus far no other honorifics have been found to be used.
Posted by Touya at 10:44 PM