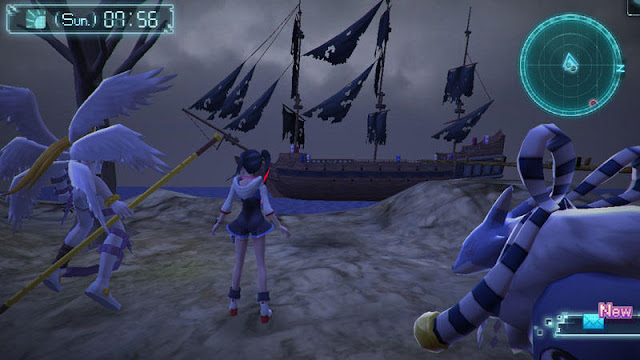 March 16th, 2016. The official PlayStation blog added a preview of Digimon World -next 0rder-, out in Japan tomorrow. The entry is written by the V Jump editorial department, and goes over several of the game's key areas as well as the various evolutions that have been shown up to now.

The next issue of V Jump magazine, out March 19th, will contain a product code that can be used to download a "V Jump Raising Boot Set," containing the unique item "V Jump Huge Meat" as well as a number of stat-boosting items. 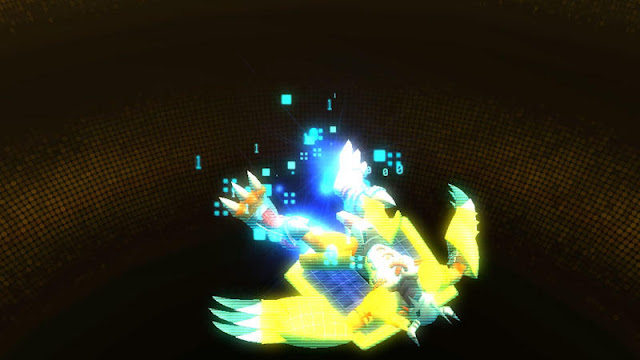 According to the entry, it's possible for Digimon to undergo ExE-volution on their own when they're knocked out during battle, reviving as the ExE-evolved Digimon. In this screenshot, War Greymon automatically evolves into Omegamon after being defeated. This type of gameplay encourages tamers to use as much of their resources as possible before allowing their Digimon to be knocked out, in order to trigger the evolution after thoroughly weakening their opponent.