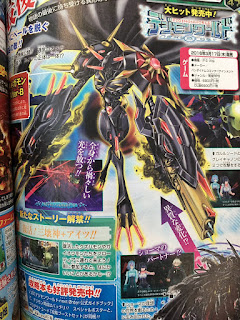 On May 1st, 2016, Twitter user @violetvento23 uploaded this scan from monthly V Jump magazine, featuring Omegamon Alter-B of Digimon World -next 0rder-. The artwork used is the same used in Alter-B's in-game trading card. (Shown below.) This issue should not be confused with the 5/21 issue, which introduces the new Digimon Universe series.

The page details a new DLC episode found in the ver.1.03 update patch in which the Three Gods of Destruction (Kuzuhamon, Gaioumon, and Titamon) can be recruited as villagers for the city of Floatia, and provides a short profile for Alter-B, but this last part is cut off.

The description at left reads "Its whole body gives off an ominous light!!" and at right "An irregular transformation!?" At the bottom of the page, an advertisement for the V Jump Books official strategy guide mentions the positive reception the guide has received. 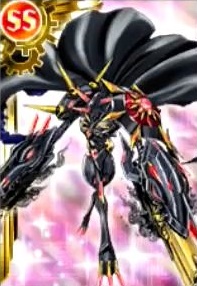 Alter-B is one of two new Digimon introduced by -next 0rder-, alongside Omegamon Zwart D. The design is a Zwart recolor of Omegamon X-Antibody, with the normal Garuru Cannon and Grey Sword swapped to become the Garuru Sword and Grey Cannon. 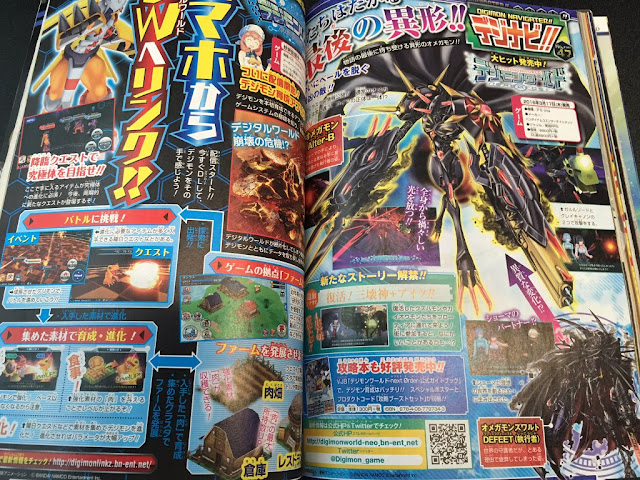