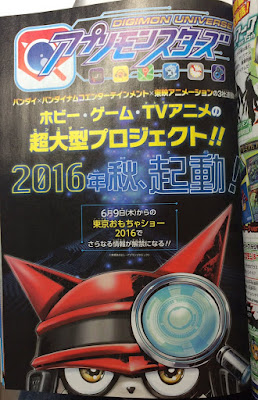 More information on Universe will become available at this year's 2016 Tokyo Toy Show on June 9th. The current teaser image features the face of a new Digimon and a magnifying glass, as well as a number of smartphone-style apps. This page states that Universe will be a hobby, game, and TV anime project, which matches Alternator's description. The page's copyright attributes its content to the "Appmon Project." (アプモンプロジェクト) 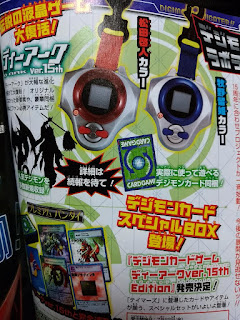 These will both be Premium Bandai web shop items, and will be available for preorder July 22nd, going out in January 2017. The Special BOX will cost 6000 yen plus sales tax, while the D-Ark's price has not been announced. All previous Ver. 15th Digivices cost 9990 yen prior to tax. 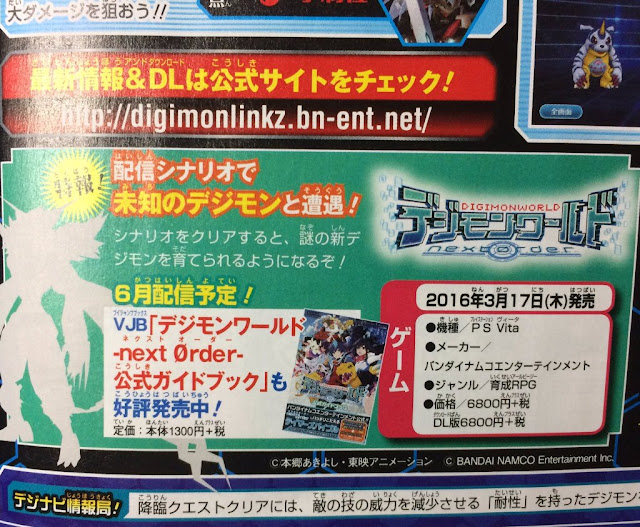 Finally, another image posted by @white4517 reveals that yet another update for Digimon World -next 0rder- will allow tamers to raise an "unknown Digimon" in Digimon World -next 0rder-. This "mysterious new Digimon" can be raised after clearing a new scenario, and will be available for download beginning in June. While the Digimon is not named, the profile image is similar to the Maicoomon evolution teased in the second chapter of Digimon Adventure tri. Seeing as Maicoomon was already made DLC previously, it's probable that this is her evolution. Additionally, the official V Jump Books Digimon World -next 0rder- Official Guidebook will be reprinted at 1300 yen.
Posted by Touya at 9:17 AM