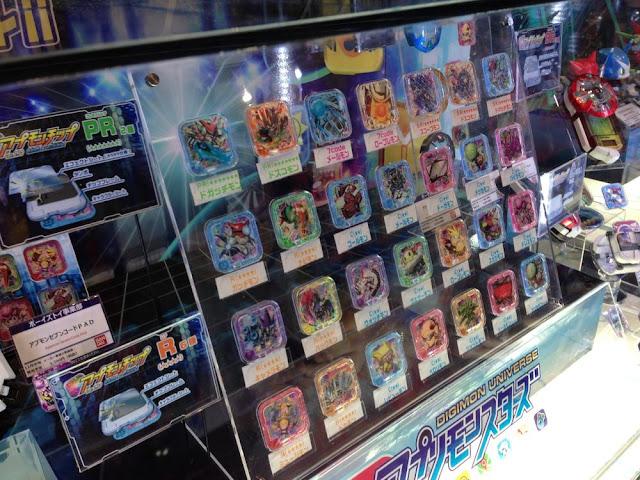 To accompany their main announcement and toy trailer, Bandai distributed a press release on June 9th via their official website on the upcoming Appli Monsters series. Intended for Bandai's business partners rather than the general public, it reveals some key information about the toys including their dimensions, battery requirements, target audience and some of the technology being implemented. According to Bandai, the "main targets are boys 10~12 years old, and the route of distribution will be toy stores nationwide, department stores, consumer electronics and volume sellers [...] among others."

The Appli Drive's specifications are as follows; 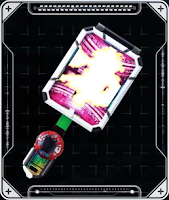 It should be noted that the screen dimensions are exactly the right size to display three 16x16 sprites shoulder-to-shoulder. Digimon's traditional LCD sprites are 16x16, with shot sizes being 8x8. A 16x48 screen could display two 16x16 sprites with two 8x8 sprites between them, one traveling on the upper 8-pixel register and the other traveling below it.

The Appli Drive may have an additional mode that has yet to be made public, as previews show it being able to connect to the 7code Pad in its "7code Refill" configuration via a special connector. This connector was also observed at the 2016 Tokyo Toy Show. (see below) It appears that it fits into the thin space between the Pair Ring cover and the Appli Drive's surface, locking in over where an Appmon Chip would normally go, so that the 7code Pad reads to the Appli Drive as if it's a chip. 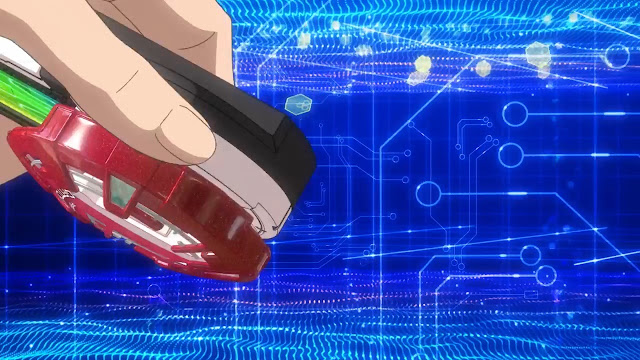 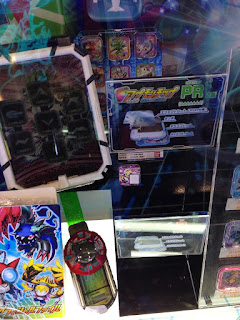 This does open up the possibility of the Appli Drive being able to connect to other devices. Close examination of the 3D model shown in the initial trailer reveals that the Appli Drive has no visible pronged connectors, and the only room for another connector seems to be a slot on the front of its white grip parts--which would likely be a space for an infrared port, rather than traditional prongs.

However, Bandai has recently been using NFC technology in their Tamagotchi toys, and some past Digivices like the D-3 and D-Ark have included additional connectors covered by side doors. Taking into account the 16x48 LCD screen, the connectivity with the 7code Pad, and the Drive's ability to store information about different chips' power scores, the Appli Drive may have a battle mode.

The press release also addressed the Applink Mode, Ranking Mode, and information on the Appmon Chips:

Applink Mode
A mode where by reading two Appmon Chips, two Appmon can be connected to "Applink" and borrow the powers of their partners, or fuse them to evolve into a new Appmon via "App Fusion." Players can figure out various combinations of Appmon Chips.

Ranking Mode
Continuously updates to display the top 5 highest power levels on the LCD screen from the Appliarise and Applink Modes, with the LCD screen's animations changing in proportion to the rankings.

The links given below are eBay affiliate links. These are hyperlinks which redirect the reader to products on eBay; if a reader accesses one of these listings through one of the links below, and/or purchases the item listed, the editor is provided a referral fee and/or commission fee.