07/02/16 Update: Some of the specs for the Appli Drive were found in Bandai's press release.


To coincide with their introductory video to the Appmon TV anime, Bandai uploaded a movie detailing several upcoming products that will accompany the series. Among these are the newest Digivice, the Appli Drive, and the complementary Appmon Chips that allow Digimon tamers to Appliarise their Appmon, link them to share powers, and fuse them into a higher-level Appmon.

According to a simultaneous press release by Bandai, Appmon products are being distributed nation-wide in "toy stores, department stores, consumer electronics stores [...] among others." This is the first time that Digimon will be available in traditional brick-and-mortar shops since the Xros Wars era toys ended in late 2011-early 2012. While not stated outright, one of the most obvious points in the trailer is how clearly Appmon's merchandising takes after that of Yo-kai Watch. Bandai produces the entire line of Yo-kai Watch DX watches and accompanying medal sets in Japan, and appears to be implementing the same model they used in Yo-Kai Watch; the retail prices and set sizes for medals are very close, and the company has good reason for wanting to reuse its past strategies. Back in 2014 Bandai's production lines were unable to keep up with the demand for Yo-kai Watch DX toys. 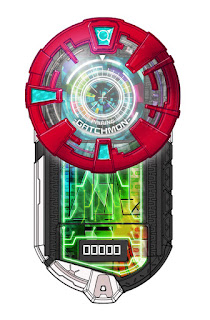 The Appli Drive will retail for 4500 yen, comparable to their previous Yo-kai Watch Dream toy. (4400 yen.) Appmon Chips will go for 240 yen per pack, which is exactly the same as Yo-kai Watch's latest medal sets. We don't yet know what bulk prices will look like for Appmon, but boxes of 20 Yo-kai Watch packs retail for 4200 yen before tax, so expect something similar.

Whether or not the Appli Drive and its accompanying products will see a western release is unclear. In the past, Bandai has usually produced watered-down versions of their Digivice toys for foreign markets. (See the Xros Loader versus the Asian Fusion Loader and the American Fusion Loader.) In the United States their Yo-kai Watch toys are licensed out to Hasbro, and seeing as a proper 1-to-1 localization of a Digimon toy hasn't taken place since the Digital Monster pets 1997, we may never see the Appli Drive overseas without outside intervention.

The links given below are eBay affiliate links. These are hyperlinks which redirect the reader to products on eBay; if a reader accesses one of these listings through one of the links below, and/or purchases the item listed, the editor is provided a referral fee and/or commission fee. 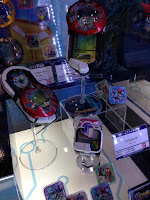 Already, the first international web listings for the toys have gone up on eBay. Taiwanese seller matrix-king is taking preorders for the Appli Drive SP Set

--comprising the Appli Drive, Appmon Band, three R-rarity chips and a Premium Rare Scopemon--for $83.98. This is approximately a $25 markup from the base value of the set (6000 yen = ~$58.52) but accounting for Japan's staggering 8% sales tax and the increased cost of EMS shipping beginning June 1st, this increase is closer to $20. That's par for the course for a proxy purchase service; the only way to get lower prices is to buy from a Japanese toy shop that can do international orders, as they order straight from wholesale distributors to get their stock for less.

together for $44.98, another $20 markup. (2400 yen = ~$23.41) These include the blue Dokamon ring, orange Musimon ring, and black Hackmon ring. Introduced in lieu of alternate Digivice designs, the covers allow tamers to add a degree of personalization to their Drives, and come with additional Appmon Chips.

The first booster set, Appmon Chip ver.1.0: Awaken! Application Lifeform! will contain 28 Appmon Chips, comprising a total of 15 Commons, 6 Rares, 3 Super Rares, 2 Premium Rares, and 7codes. Note that while all of the other rarities have a star rating denoting their rarity, 7code chips have no associated stars. A full list of set 1 chips gleaned from the 2016 Tokyo Toy Show is given below. 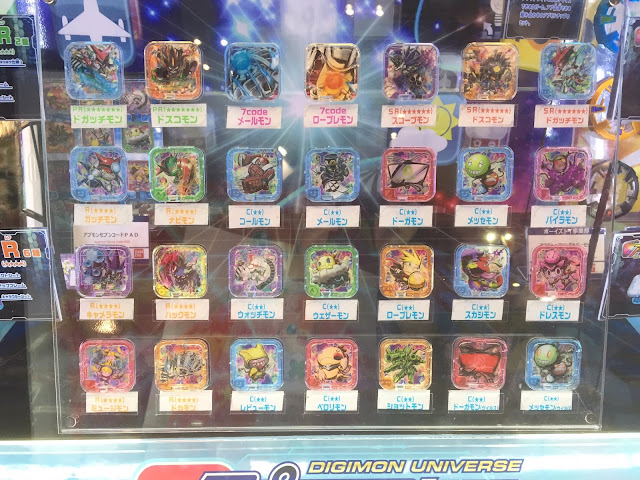