At 2:00 PM January 15th Japanese Standard Time the second Hacker's Memory tournament Shin'nen! Akemashite Omegamon came to a close, and the game's third event battle began. The theme of the next tournament, which will continue through the 31st, is "Adults and lower/No duplicates."

The rules of the tournament are as follows;
Tamers are permitted to use Shoutmon (who has no level, but evolves from Koromon) but not Omega Shoutmon. Sistermon Noir and Blanc's respective Awakened forms may also be used, as can the Child-level Lucemon. The Memory size for most Adult-level Digimon ranges from 6~8, while the Awakened Sistermons are both 18 Memory in size, and Lucemon is 14. 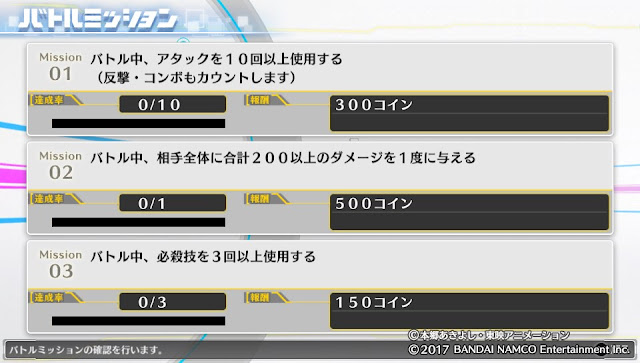 Mission 2
Mission 3
The aforementioned Lucemon is ideal for meeting all of the second mission requirements, as a single Accel Boosted Grand Cross can complete all three ranks in one battle. 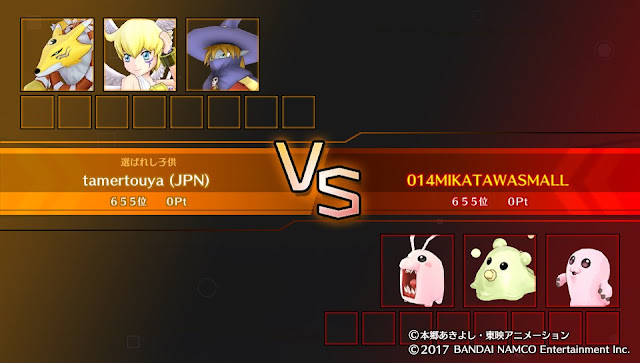 The pool of bots matchable for the event has been rotated out to match its themes, but the restrictions make them somewhat more difficult compared to those faced in preceding tournaments, as they continue to use the inflated states normally reserved for matching up against teams of Ultimate and Super Ultimate Digimon. Confirmed AI opponents include; 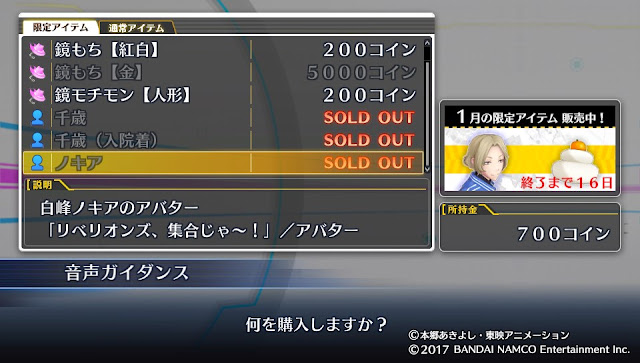 The rewards in the coin shop remain the same as the previous month, including the Chitose and Nokia avatars. The contents will change along with the event itself on February 1st.
Digimon Story Cyber Sleuth: Hacker's Memory will launch worldwide on the PlayStation 4 and PlayStation Vita January 19th, 2018.
Posted by Touya at 12:05 AM