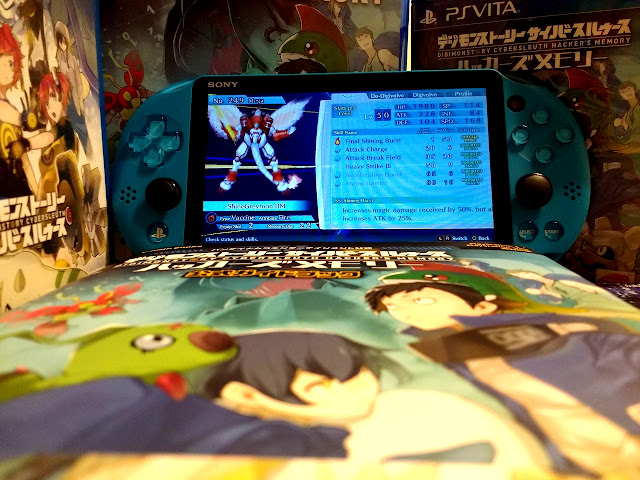 The following data comes from a combination of the officially-licensed V Jump Books Hacker's Memory guide, translating from Japanese to English, and from direct evaluation of the Japanese and English games.

No Digimon stats were changed in the transition between Cyber Sleuth and Hacker's Memory. Instead, changes were made to all three Skill types, Inheritable, Special, and Support, as well as to equipment slots. Certain Digimon have had SP costs reduced for some Specials, their chance of inflicting secondary effects increased, or even entire abilities replaced. This list only covers changes to existing Digimon, not new Digimon introduced in Hacker's Memory, and focuses on Perfect, Ultimate, and Super Ultimate-level Digimon.