With the international launch of Digimon Story Cyber Sleuth: Hacker's Memory on PlayStation 4 and Vita over January 19th, the English-speaking world has been brought into the fold of the ongoing Adult Digimon tournament that began in Japan earlier this month. The revelation comes as a surprise to some, as the most recent tournament has been themed around Japanese New Year's. In light of the culturally-specific Kagami Mochi accessories being the primary multiplayer reward, and the event itself already being several days in-progress, up to now it was not unthinkable that English-speaking territories would have their own separate track of events.

This news may be for the best; while a handful of player titles and accessories remain Japan-exclusive for the time being due to the earlier launch of Hacker's Memory in Asia, in the long term all of these will become available to all players regardless of their language or country of origin. The current Japan exclusives are as follows: 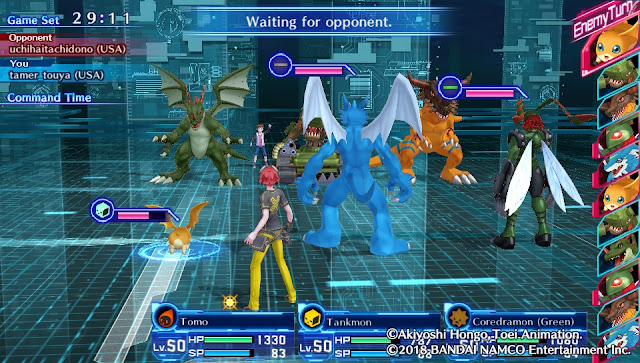 The current event is fairly easy to jump into, as bonus stats are ignored, the Memory limit is a paltry 30, and it only requires relatively lower-end Digimon compared to the main Ranked mode. Thus the headstart from getting the game early doesn't confer nearly as much of an advantage on Japanese Digimon tamers, making the current theme ideal for westerners to join in on.

For those seeking to get started, some of the recommended Digimon include Tankmon for his damage output, and XV-mon or Greymon (Blue) for the Dragon's Wrath Support. The only must-have Inheritable Skill in this event is the damage-doubling Acceleration Boost, which can be picked up at level 10 from Tyrannomon and Fladramon, at level 18 from Monochromon, or at level 25 from Greymon and Agnimon. (Fladramon and Agnimon require storyline progress to unlock their respective evolution items, the Digimental of Courage and Human Spirit of Fire.)

Although the rewards in the Coin Shop remain the same across languages, some titles have been mistranslated in the transition from Japanese to English;
On a localization note, while the "Crest of Purity" has been made into the "Crest of Sincerity" and "Crest of Honesty" into "Crest of Reliability" in accordance with the Digimon: Digital Monsters English dub, curiously the titles not associated with the first season do not use their localized equivalents. The title "Wild Bunch" would normally be replaced with "Monster Makers" to match the English dub of Digimon Tamers, yet goes untouched; in kind, "The Best Bancho" would ordinarily be translated as "The Best Street Fighter," "Cross Heart General" would be rendered "Fusion Fighter General," "Twilight General" would become "Midnight General," and "Death General" as "Dark General."

Instead these titles have all been left alone in translation, and the titles that refer to the individual works by their Japanese names (Adventure, Tamers, Frontier, Savers, Xros Wars, X-Evolution) have likewise remained the same. 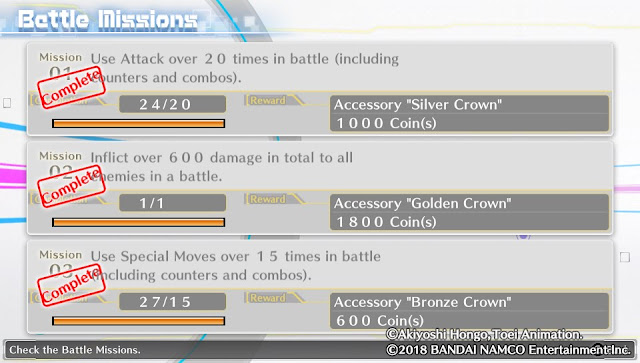 The current Battle Missions remain identical to their Japanese counterparts, with the reward for fully clearing all three being a King's Crown as was the case in previous tournaments.
Mission 1
Mission 2
Mission 3 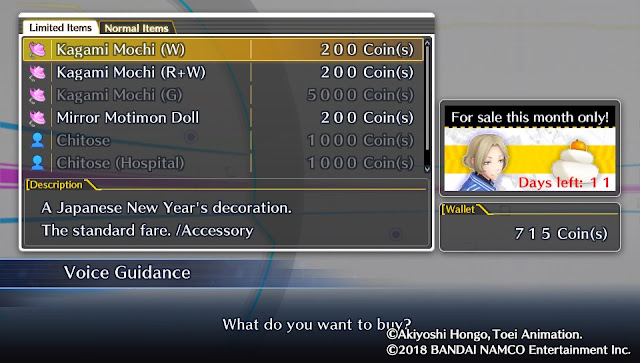 The Coin Shop items remain the same until the 31st;
The non-limited-time items available in the shop are;