"Kindness holds the key to everything. Facing reality alongside friends, this Buddy Story has a new feeling to it, of making one's own choices in life."


On June 8th, 2016, Digimon Universe Appli Monsters was announced at the annual Tokyo Toy Show. Previously rumored in a leaked issue of V Jump magazine, the Appli Monsters announcement was accompanied by a web trailer establishing its premise. Seeking to "succeed the lineage" of Adventure, this branch of the franchises transposes the idea of Digimon-as-programs into the modern era. The TV anime deals with a world where artificially intelligent "Appmon" arise from the Net Ocean; there are as many Appmon as there are applications. It follows Shinkai Haru, a first-year middle school student who receives an Appli Drive and meets his Buddy Appmon, Gatchmon.

Haru begins a heated battle against the "heinous Last Boss AI" Leviathan, which manipulates Appmon using a virus. With Appmon Chips, Haru can "Apprealize" Gatchmon and other Appmon, and "Applink" them to borrow the powers of one Appmon and transfer it to another. Using the full power of "App Fusion," two Appmon can be combined to evolve them into a new Appmon. Appli Monsters will begin airing weekly on TV Tokyo October 9th, 2016. 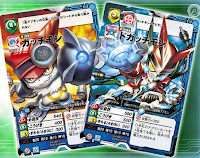 Although some were quick to criticize Appmon for its seemingly radical new direction, the new branch has numerous ties to existing Digimon series. The trailer for the series alludes to the "Net Ocean," a key location in classic Digimon lore, and the App Fusion mechanic resembles Jogress evolution, the original method of reaching Ultimate level introduced in the 1999 Pendulum virtual pets. (Jogress has been a mainstay of Digimon ever since, used in V-Tamer 01, Adventure 02, as well as numerous video and card games.) Appmon's simultaneously-announced trading card game has also been hinted at being compatible with the Hyper Colosseum TCG of 1999-2006, which quickly made it popular with Japan's hardcore Digimon fandom. (This is the same TCG used in Tamers.) The initial reveals sparked massive speculation due to the similar attack types, level recognition, and point system.

The director will be Koga Gou, who previously directed DokiDoki! PreCure. He also did storyboard and episode direction work for the 2005 Gaiking remake, One Piece, and acted as Assistant Director on Toei's 1999 Yu-Gi-Oh! theatrical film. Series composition will be handled by Kato Youichi, who previously worked on Aikatsu!, Duel Masters, and Yo-kai Watch. Haru will be voiced by Uchiyama Yumi, Gatchmon by Kikuchi Kokoro, and the Appli Drive will be voiced by Takagi Wataru. Character design is by Onuki Kenichi of Gundam Build Fighters. 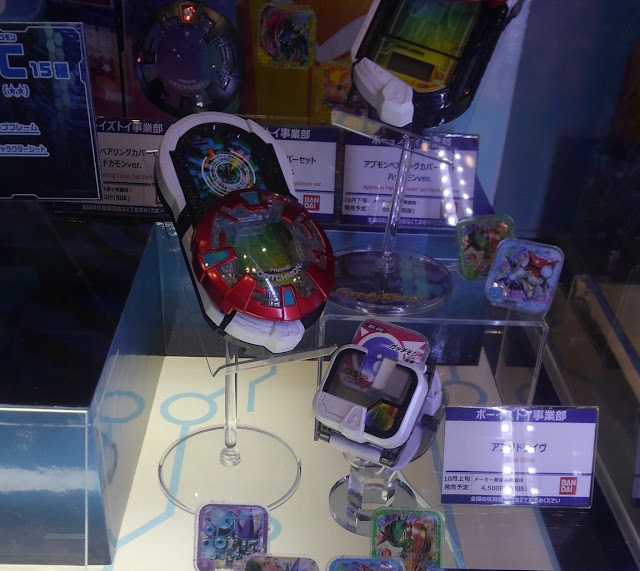 Appmon will be accompanied by an arcade game, and substantive toyline including action figures, and toy Appli Drive. The Appli Drive will retail for 4500 yen, and will feature customizable faceplates. Thus far it appears to be a complex sound board, with collectible Appmon Chips. When the user inserts a chip, the Appli Drive announces the Appmon's name and abilities, and if a second chip is inserted afterwards it announces their resulting "App Fusion" in the style of a Complete Selection Animation Digivice. The success of the Appmon branch is a critical part of Digimon's future, as its capacity to bring in a younger audience will determine the brand's future survival.